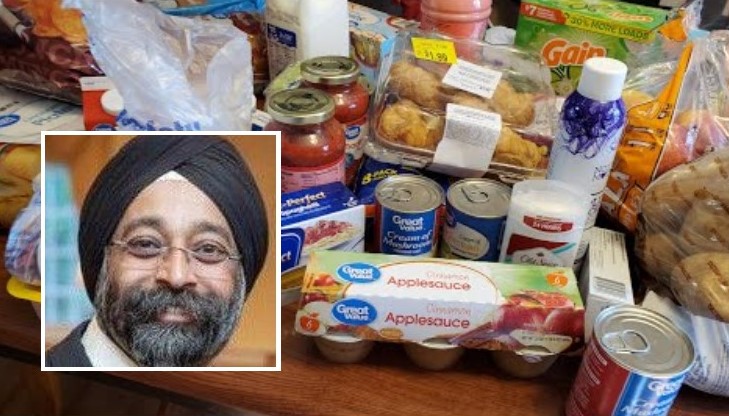 Virind Singh Gujral of Chester Springs has offered to deliver groceries to elderly Chester County residents and others who need it during the coronavirus crisis, writes Bill Rettew for the Daily Local News.

He said that those who cannot pay him do not need to worry, as he will pick up the tab.

Gujral, who posted his offer on Facebook, is a native of India who moved to the U.S. three decades ago. He did not send out his offer for publicity, because as a Sikh, he believes in “Sewa,” which is helping others.

“Elderly people and people who are susceptible to the virus will know that the community has their backs,” said Gujral. “If they cannot afford the groceries, my Sikh friends and I will come up with the funds.”

Gujral, who owns a company developing artificial intelligence and robotics, said when he arrived in the U.S. somebody was kind enough to help him. Now, this is his way of paying it forward, and he says his wife is very supportive of his efforts.