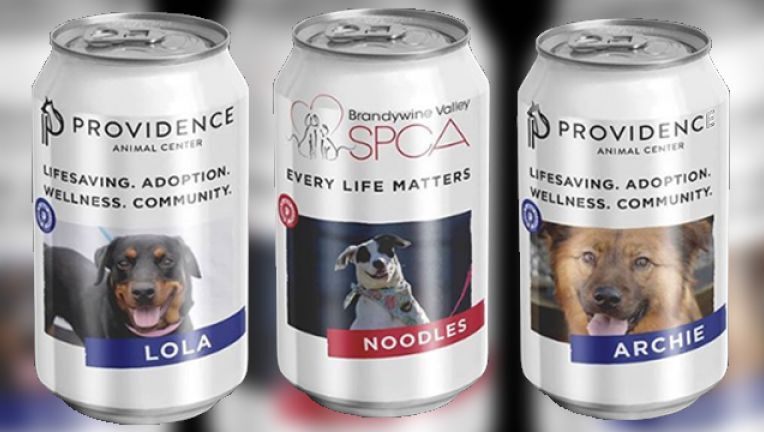 Image via The Colony Meadery.

The Colony Meadery in Allentown has teamed up with the West Chester-based Brandywine Valley SPCA and the Providence Animal Center in Media to help adoptable dogs find their forever homes by putting their pictures on cans, according to a report from FOX 46.

The meadery was inspired by recent news of other breweries using similar methods.

“We were thrilled to be able to steal this incredible idea from the breweries who came up with it,” said Greg Heller-LaBelle, CEO of The Colony Meadery.

Similar campaigns have already taken place in North Dakota and Florida, with varying degrees of success. In one case, a woman was able to find her long-lost dog after she saw his photo on a beer can.

“This sort of collaboration helps us reach a larger population of potential adopters, ones who may have never considered adoption,” said Justina Calgiano, a spokesperson for the Providence Animal Center.