Local Children Benefitting from the Return of Play in Kindergartens 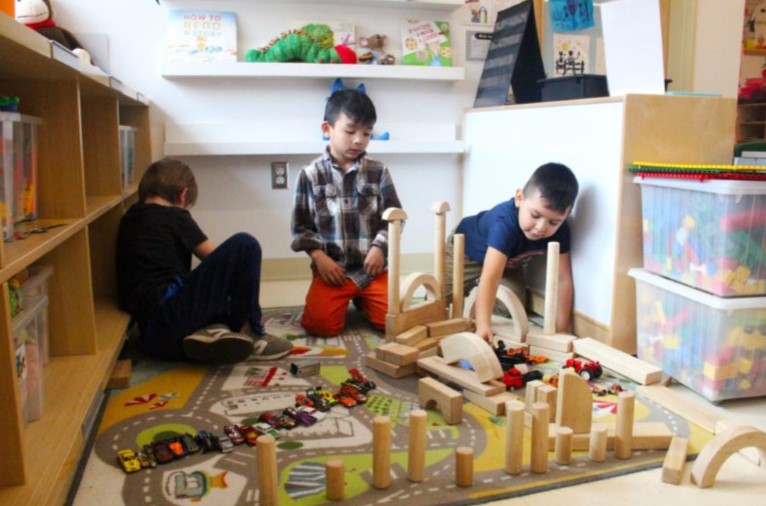 Play is making a comeback to kindergartens as many states are rethinking a curriculum that currently consists of mostly academic activities and encouraging local districts to bring back time for play, writes Jackie Mader for The Hechinger Report.

These changes have proven beneficial to children. In West Chester, district officials have noted a decrease in referrals to occupational therapy, which is attributed to an increase in time spent working on motor skills while playing.

One example of this is the district’s new full-day, play-based kindergarten program at Fern Hill Elementary School. There, a critical part of a school day is devoted to play, both in directed and non-directed ways.

“Play is not divorced of learning,” said Kathy Hirsh-Pasek, an author, professor of psychology at Temple University, and senior fellow at the Brookings Institution. “It is the natural way in which we learn.”

However, she said that if the goal is for children to learn, adults have to ensure that the environment is set up in such a way that children can play with purpose.

“By doing so, they learn more because it’s their learning,” she said.

Read more about the comeback of playtime in kindergartens from The Hechinger Report here.