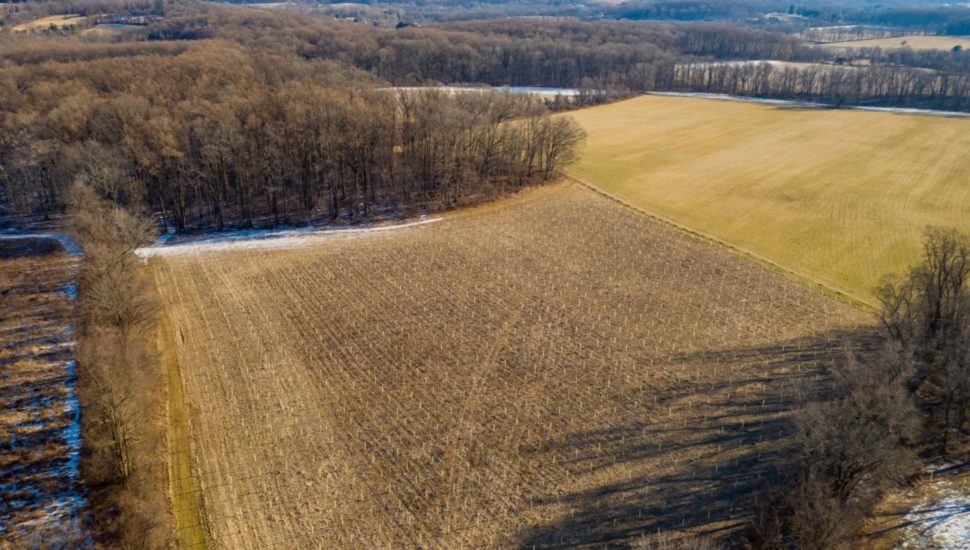 Natural Lands has announced that a massive tree-planting effort has been completed at its Bryn Coed Preserve in Chester Springs, as 12,500 native species have been planted along a 3.5-mile stretch of streams, creating more than 64 forested acres of riparian buffer.

“It’s really quite remarkable how much of a positive impact planting trees along streams has on water quality,” said Oliver Bass, president of Natural Lands. “We are committed to creating and maintaining a minimum 100-foot buffer along all waterways that run through our nature preserves. As they mature, the native trees we’ve planted at Bryn Coed Preserve will help filter out sediment and other pollutants, reduce erosion, and slow stormwater to prevent flooding.”

In 2017, Natural Lands acquired Bryn Coed, which means “wooded hill” in Welsh. In doing so, the organization saved one of the largest remaining unprotected swaths of land in the Greater Philadelphia region from becoming a housing development. However, after decades of being farmed, the hills at Bryn Coed are far less wooded than they once were.

When Europeans first explored Pennsylvania, trees covered 90 percent of the territory. Though Native Americans did clear some land for hunting and agriculture, famed naturalist John Bartram still found forests so thick it was “as if the sun had never shown on the ground since the creation.”

But by 1850, millions of acres had been cleared for farming, timber, and firewood. By re-establishing forest cover, the tree planting project at Bryn Coed will improve wildlife habitat. Woodlands are particularly essential for migratory songbirds — such as Scarlet Tanager and Wood Thrush — that rely on the dense forest for food and protection from the weather and predators. The preserve contains several headwater streams — small tributaries that carry water into Pickering Creek and on to the Schuylkill and Delaware Rivers. In fact, 17 percent of all the water flowing into Pickering Creek originates at Bryn Coed. The Delaware River Basin provides drinking water for 15 million people, including the communities of New York City, Trenton, Philadelphia, and Wilmington.

The headwater streams are particularly vulnerable to pollution from agricultural runoff. By converting 64 acres of marginal farmland along the streams to forest, Natural Lands hopes to improve water quality. As stormwater flows from the land into the streams, the trees will absorb pollutants, improve infiltration, and recharge groundwater, and reduce erosion and flooding.