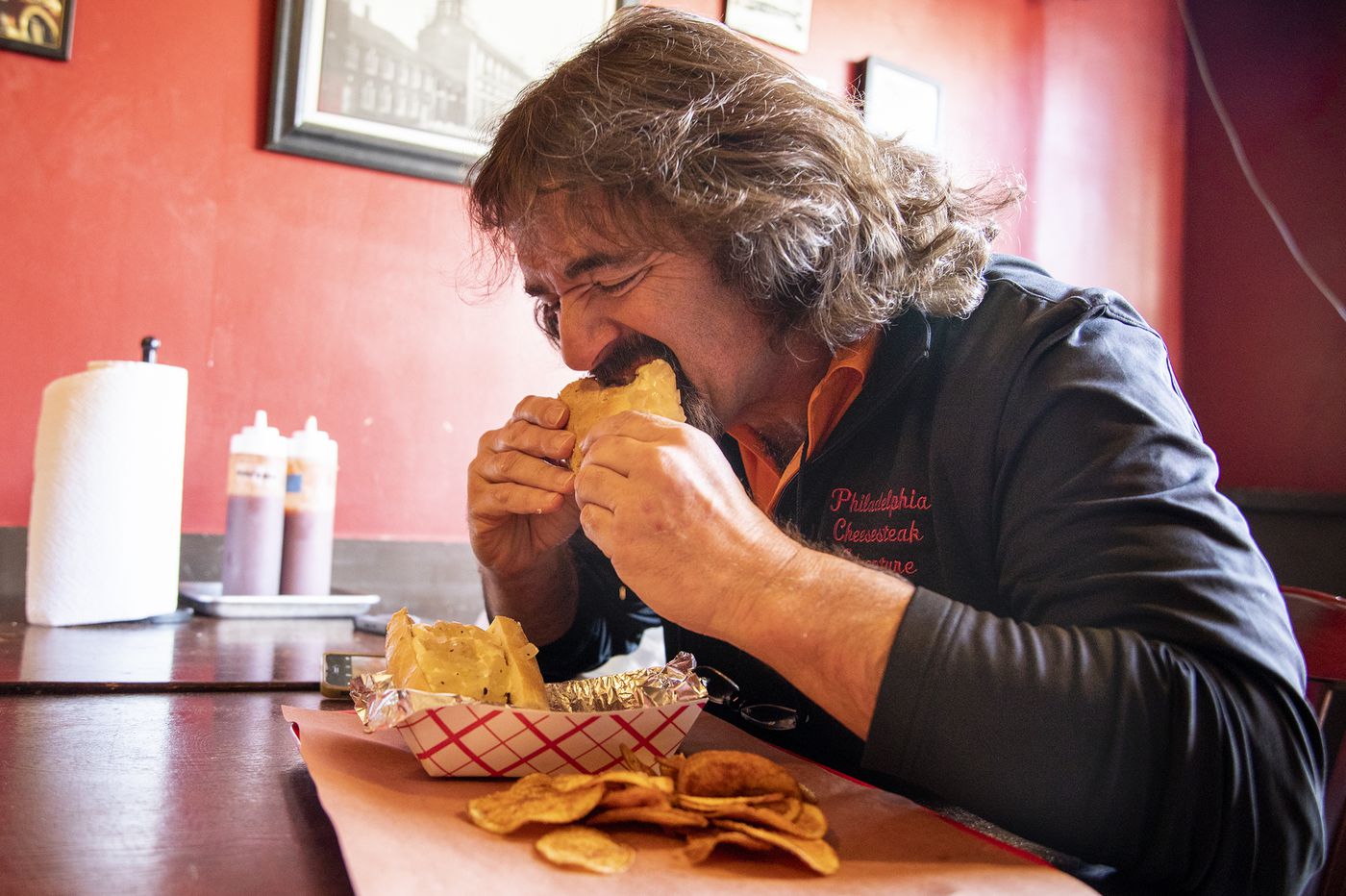 They call it a Philly cheesesteak but we all know it’s as much a Delco delicacy as it is a city thing. Ask Jim Pappas. Over 2o months, this Delaware County native has devoured 500 cheesesteaks, writes Jenn Ladd for The Philadelphia Inquirer.

He started visiting new cheesesteak joints with his childhood friend around May 2018.

“I got the passion,” he said. “I realized there was something there.”

Pappas developed a 100-point scoring system, grading on the roll, meat, cheese, extras, and the shop’s overall atmosphere. (Craft beer offerings will boost the total; cranky service will lower it.) It’s all tracked on his website, PhiladelphiaCheesesteakAdventure.com.

He began eating several a week, sometimes two a day. Everywhere he went, he discovered something new.

At Hunt’s Annex Lounge in Woodlyn, he had a cheesesteak served on Texas toast. (Fantabulous!!, according to Pappas’s website.)

He hit 275 steaks around May 2019. In October, he aimed for 10 steaks a week. He and his friends ate nine during a two-day trip to the Jersey Shore.

To stay trim, he walks three miles every day.

He ate his 500th cheesesteak on Jan. 8, two weeks after Christmas.

Read more about Jim Pappas in The Philadelphia Inquirer here.