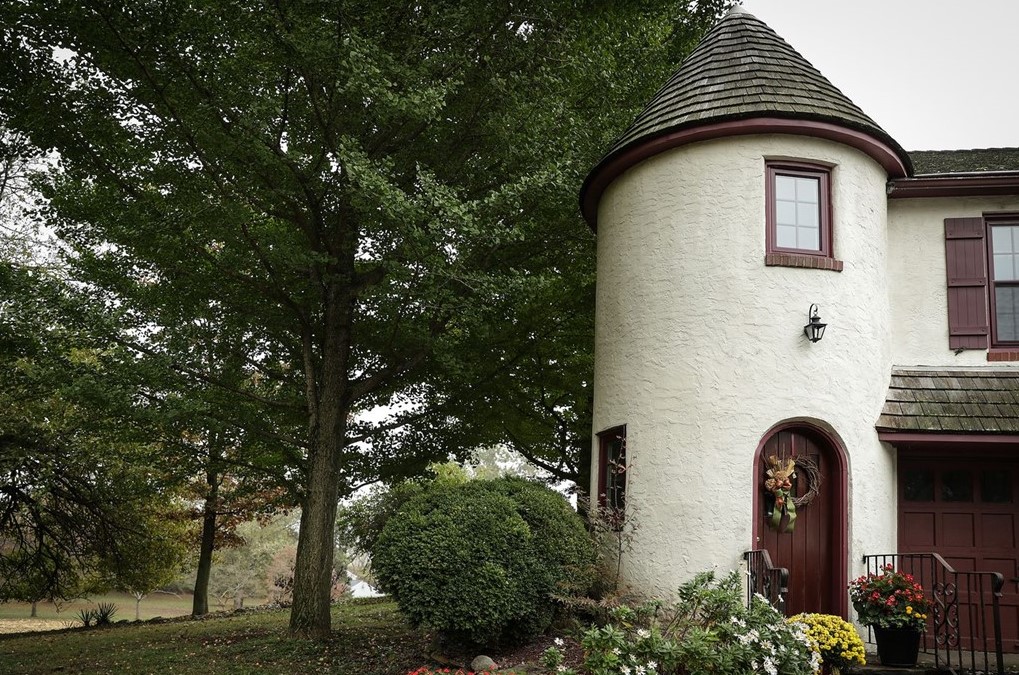 A former one-room school for farm children in East Bradford that was converted into a residence in the early 1940s is still enjoying stunning vistas, thanks to being a part of the Worth-Jefferis Rural Historic District, writes Sally Downey for The Philadelphia Inquirer.

Named after two local Quaker families, the district has been farmland for three centuries and, as such, has been designated a natural resource by the National Register of Historic Places.

The home, which had a Tudor-style addition in the 1950s, is being leased by Kathy Phillips and her partner Jeff Huckabee.

Huckabee, who owns Joe Mosquito of West Chester, loved the place the moment he saw it, but Phillips was more circumspect.

“I did not want to live in the boonies,” she said. But she changed her mind once she realized “we’re only a six-minute drive from the West Chester Courthouse.”

Inside, the home is just as impressive as its surroundings. It has all the amenities of modern living, while retaining the details from its original purpose, including a cupboard in the bedroom that once held school supplies.

Read more about the residence in The Philadelphia Inquirer here.