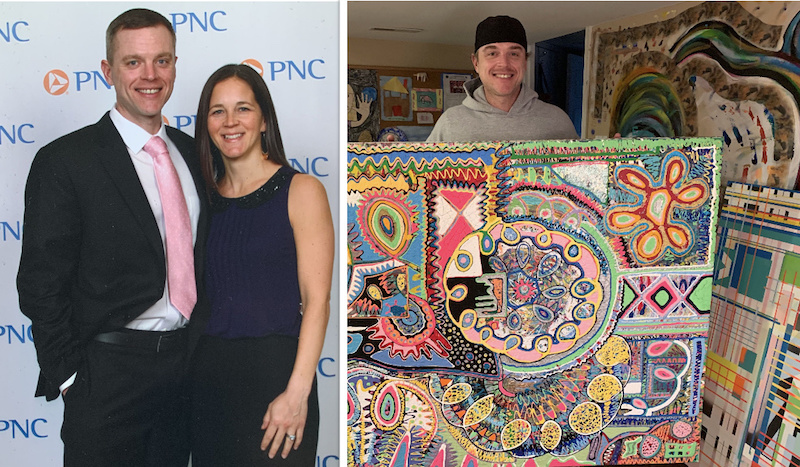 After realizing the joy was gone from his life, J.P. Weber of Berwyn left his job as an elite loan originator for PNC Bank and put all his energy into creating art, writes Caroline O’Halloran for SAVVY Main Line.

What many at the time called a complete mental breakdown, he calls “the Undoing.”

Something had to happen, he said, as things had been building up for years. There was the social binge drinking, the stress-induced neck issues, opioid addiction, and a growing distance from his wife and daughters. He also realized that his job was a huge mismatch.

In the years before he began creating art, Weber started to make changes. He quit drinking and took up yoga. And after a prolonged struggle, he managed to get off painkillers.

Still, his job remained unrelenting. He found himself engulfed by angst and ended up on disability for mental illness.

Then, a therapist helped him find an outlet in creativity. Soon, what started as a way to flush out his feelings turned into a new profession.