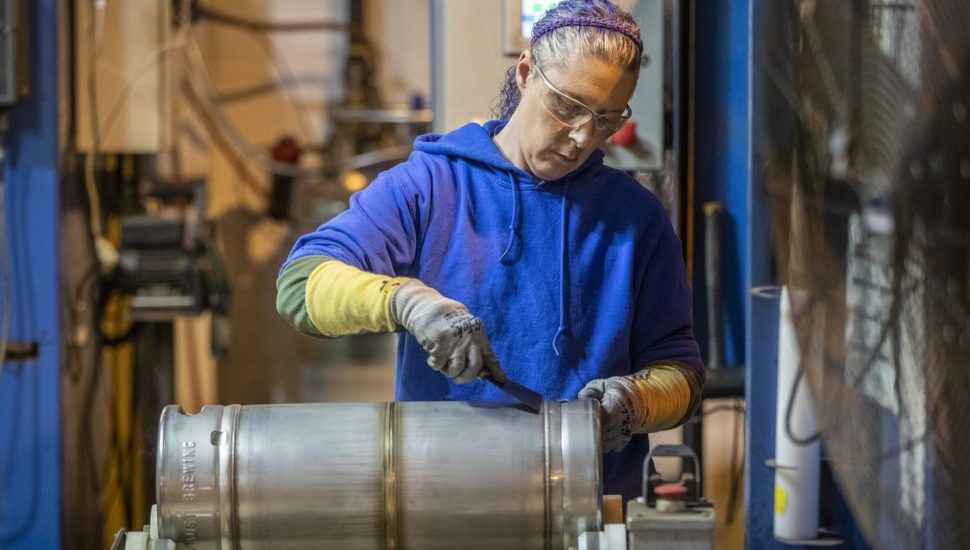 Pottstown-based American Keg is getting a major boost thanks to the new duties imposed by the U.S. government on Chinese and German stainless-steel keg makers, writes Bob Fernandez for The Philadelphia Inquirer.

The U.S. International Trade Commission voted 3-0 to pass the unfair-trade tariffs, citing the dumping of below-cost kegs into the U.S. market as the reason.

The duties might turn out to be a desperately needed lifesaver for the 30-employee Pottstown firm, which has been having issues competing against low-cost imports.

With the news of the duties out, Czachor said he plans to boost the company’s keg-manufacturing capacity. This currently includes a manufacturing plant and warehouse in Pottstown.

Czachor said that in anticipation of the duties, foreign keg manufacturers stored 403,000 kegs in the country earlier this year, nearly doubling the number of imported kegs for this year. This will reduce the immediate impact of the tariffs, he said.

Read more about the duties in The Philadelphia Inquirer by clicking here.

HealthcareEmbattled Tower Health Sweetens the Pot by Adding Its Flagship Hospital to Portfolio for SaleApril 5, 2021