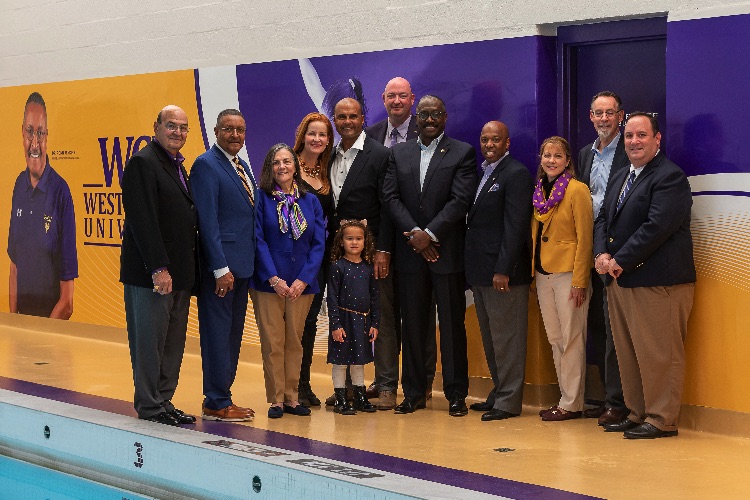 The Dr. Ronn Jenkins Diving & Aquatics Center was officially unveiled and opened to the public last Saturday, during the university’s homecoming festivities.

More than 100 alumni, students, friends, and members of the community packed West Chester University’s Hollinger Fieldhouse to name a newly renovated aquatic center after a living legend in the sport of diving and the first African-American head coach of WCU’s men’s and women’s diving teams.

The Dr. Ronn Jenkins Diving & Aquatics Center was officially unveiled and opened to the public last Saturday, during the university’s homecoming festivities. Among those joining Jenkins as he officially cut the ribbon to the center were WCU President Christopher Fiorentino, Chair of the Board of Directors of Student Services Incorporated (SSI) Bernie Carrozza, Vice President for Student Affairs Zebulun Davenport, and other leaders. 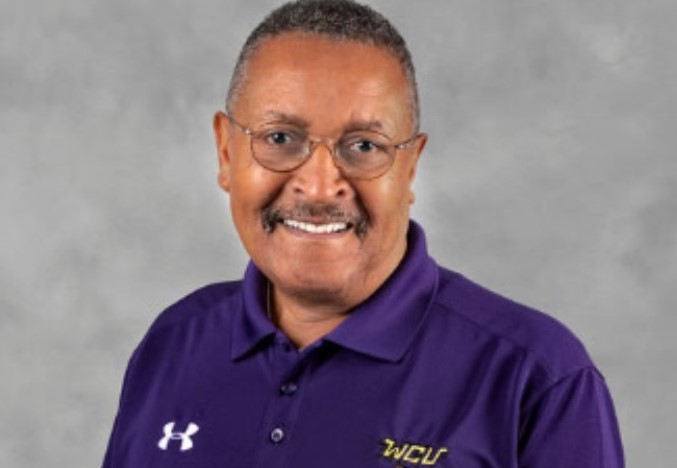 “It is an honor to stand in this space and celebrate a man who has made such an impact on this university, as well as on this community,” State Rep. Dan K. Williams said upon presenting a citation to Jenkins, which recognizes his dedication and service to the Commonwealth of Pennsylvania and to West Chester University.

“As so very many gather here today, we are reminded that Dr. Jenkins believed in people. Many of the young people he believed in are now better adults, better citizens, and better individuals because of his faith in their abilities. It is then fitting that we celebrate a man who has served for more than 40 years by providing counseling, coaching, and mentoring.”

Jenkins’s story is one that reflects the history of our nation. Growing up during the 1950s as the only African-American attending the YMCA of York, Pa., Jenkins shared that no one wanted to sit next to him during gymnastics class.

“I was always pushed away, but one person said, ‘You can sit here,’” said Jenkins. “Those four words gave me a desire to go back a second time. That person was Mike Lau.”

Lau, whom Jenkins had befriended more than 60 years ago, was present at the ceremony and the long-time friend raised his hand in solidarity with Jenkins.