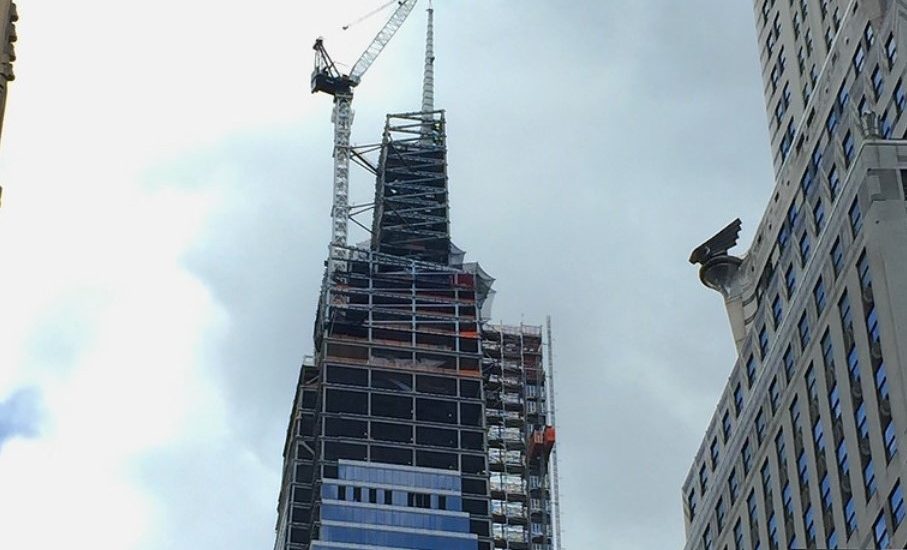 Image of One Vanderbilt via Wikipedia.

One Vanderbilt, Manhattan’s newest skyscraper, is being constructed with only American steel, including some from Coatesville, writes Lois Weiss for the New York Post.

The towering structure at the corner of 42nd Street and Vanderbilt Avenue has topped out at 1,401 feet and offered spectacular views to those who were lucky to get a sneak peek before the completion date.

The $3 billion structure, which is taller than the Empire State Building, is three months ahead of schedule. The project has managed to save roughly $100 million thanks to the innovative use of 3-D construction modeling technology.

The building is made of 26,000 steel pieces that came from Coatesville, as well as Lynchburg, Va., and South Plainfield, N.J. Each of the pieces was counted and barcoded before they were added to the 1.7-million-square-foot building.

With the construction nearing its end, the workers are focusing on final welding, pulling cables, and tightening bolts.

The work on the building began three years ago and is now expected to be completed in August 2020.

Read more about One Vanderbilt in the New York Post here.