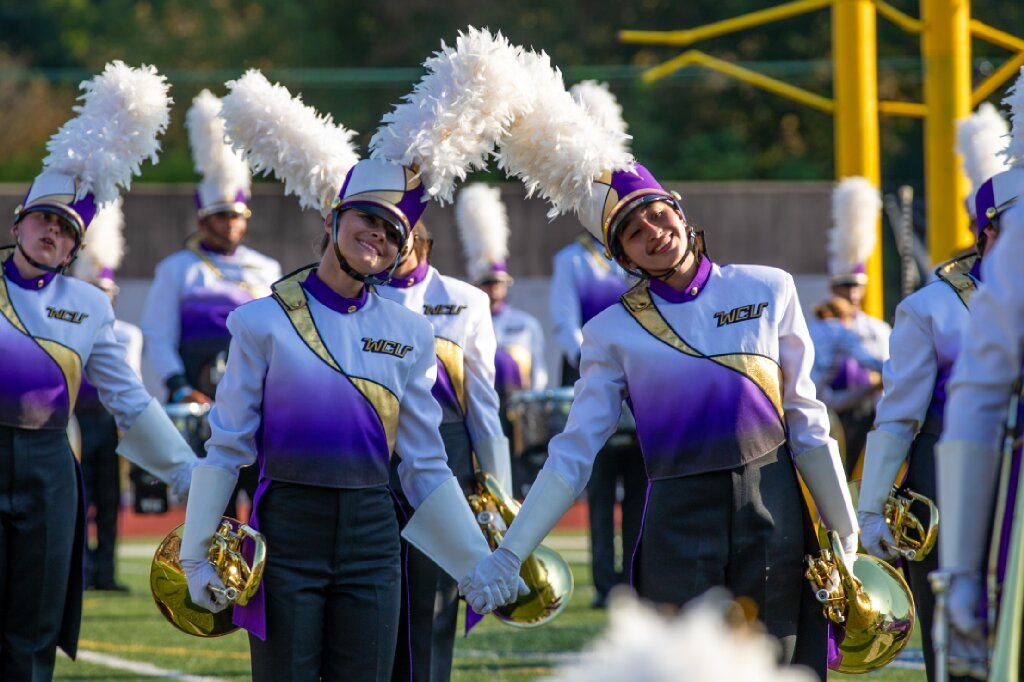 West Chester University’s “Incomparable” Golden Rams Marching Band is the first Division II school band ever to be presented with the prestigious Sudler Trophy by the John Philip Sousa Foundation.

Representatives from the Foundation will present the award at halftime during the WCU’s home football game on Saturday, Sept. 21, at Farrell Stadium.

“We have long known that our marching band is one of the finest in the country, but this recognition from the Sousa Foundation is truly special,” said the band’s director, Professor Adam Gumble. “We want to thank our students, alumni, faculty, staff, and fans for their unyielding support of our program and we look forward to celebrating with them on Sept. 21.”

Known as the “Heisman Trophy of the collegiate band world,” the award recognizes bands demonstrating the highest musical standards and innovative marching routines, as well as for important contributions to the advancement of marching band performance standards over a period of years. 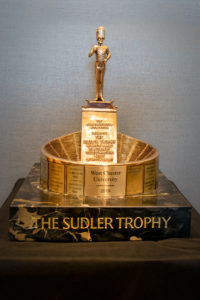 Four generations of “Incomparable” Golden Rams band directors dating back to 1968 have been invited to attend the presentation.

“This is a significant award in the history of our beloved ‘Incomparable’ Golden Rams. Our band has thrilled fans with top-notch performances for well over 100 years and we are justifiably proud of our program and this legacy of excellence,” said John Villella, former band director and current vice president for University Affairs.

The Golden Rams Marching Band performs at WCU football games, exhibition events, and at special events for the university and community.

The Sudler Trophy, designed by artist Ed Blackwell, will be displayed in the Wells School of Music for the next two years.

Former band members and alumni can register to attend a post-game celebration and reception here.