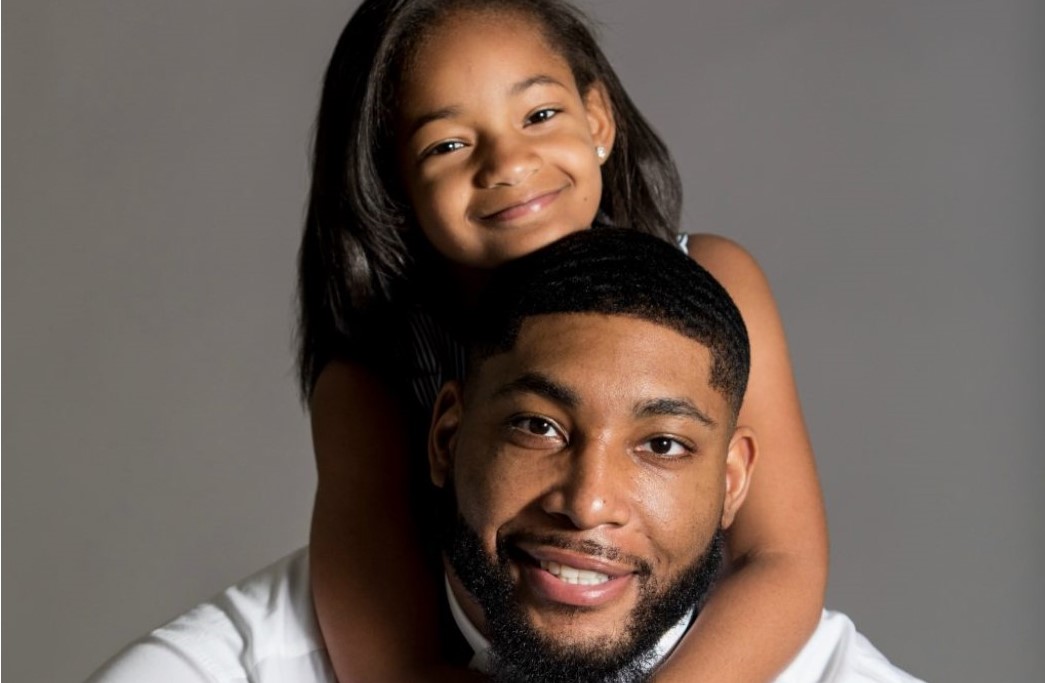 Image of Devon and Leah Still via Still Strong Foundation.

Former Penn State football star Devon Still, who grew up in Wilmington, was in the prime of his NFL career as an up-and-coming defensive tackle with the Cincinnati Bengals when his daughter Leah’s unexpected trip to the emergency room would change his life forever.

At age four, Leah’s stage 4 neuroblastoma diagnosis rocked Devon, his family, and his faith. Extensive tests revealed that she only had a 50 percent chance of survival. Devon prepared to sideline his promising football career to be by Leah’s side as she prepared for the fight of her life. Then, he learned her treatments would cost more than $1 million.

He had to choose: Give up football or be able to afford extensive treatments and his everyday bills.

Devon returned to the field, a gut-wrenching but necessary decision. When not on the field, he was with Leah. She spent weeks at a time at the Children’s Hospital of Philadelphia, receiving aggressive treatments that helped her “beat up cancer.” Thanks to the care she received, Leah, now eight years old, is happy, in remission, and living with purpose.

“I learned that families with a child who has cancer are 260 percent more likely to go bankrupt than a healthy family,” Devon said. “Deciding between keeping the lights on or keeping watch over your sick child is not a choice any parent should face.”

He and Leah thus formed the Still Strong Foundation to provide assistance to other families whose children are battling cancer. Its mission is to help parents spend less time worrying about non-medical bills, like mortgages and utilities, and more time supporting their child to a victorious fight against cancer.

The nonprofit is one that Meridian Bank is proud to be involved with.

“I first met Devon last year through a Penn State connection,” said Chris Annas, Chairman and CEO of Meridian Bank. “As a Penn State alum, I’ve followed his career since his Nittany Lion days. But after hearing his story personally, about Leah’s courageous battle with cancer and how the Penn State family rallied around them in support, I knew Meridian had to be a part of it. We have a lot of PSU alumni on the Meridian team, and we’re proud to support the Foundation.”

The Malvern-based bank is sponsoring the Still Strong Foundation’s First Annual Golf Tournament at Toftrees Golf Resort in State College on Friday, Oct. 18, as well as its fourth annual For Our Children Gala at the Lucy in Philadelphia on Saturday, March 28, 2020.

The Still Strong Foundation is still seeking sponsors for the upcoming Golf Tournament, which is scheduled on the same weekend the nationally ranked Nittany Lions host Big Ten powerhouse Michigan.

Your support of the Still Strong Foundation is a commitment to pediatric cancer patients, their families and the evolving research that’s revolutionizing life-saving treatments.