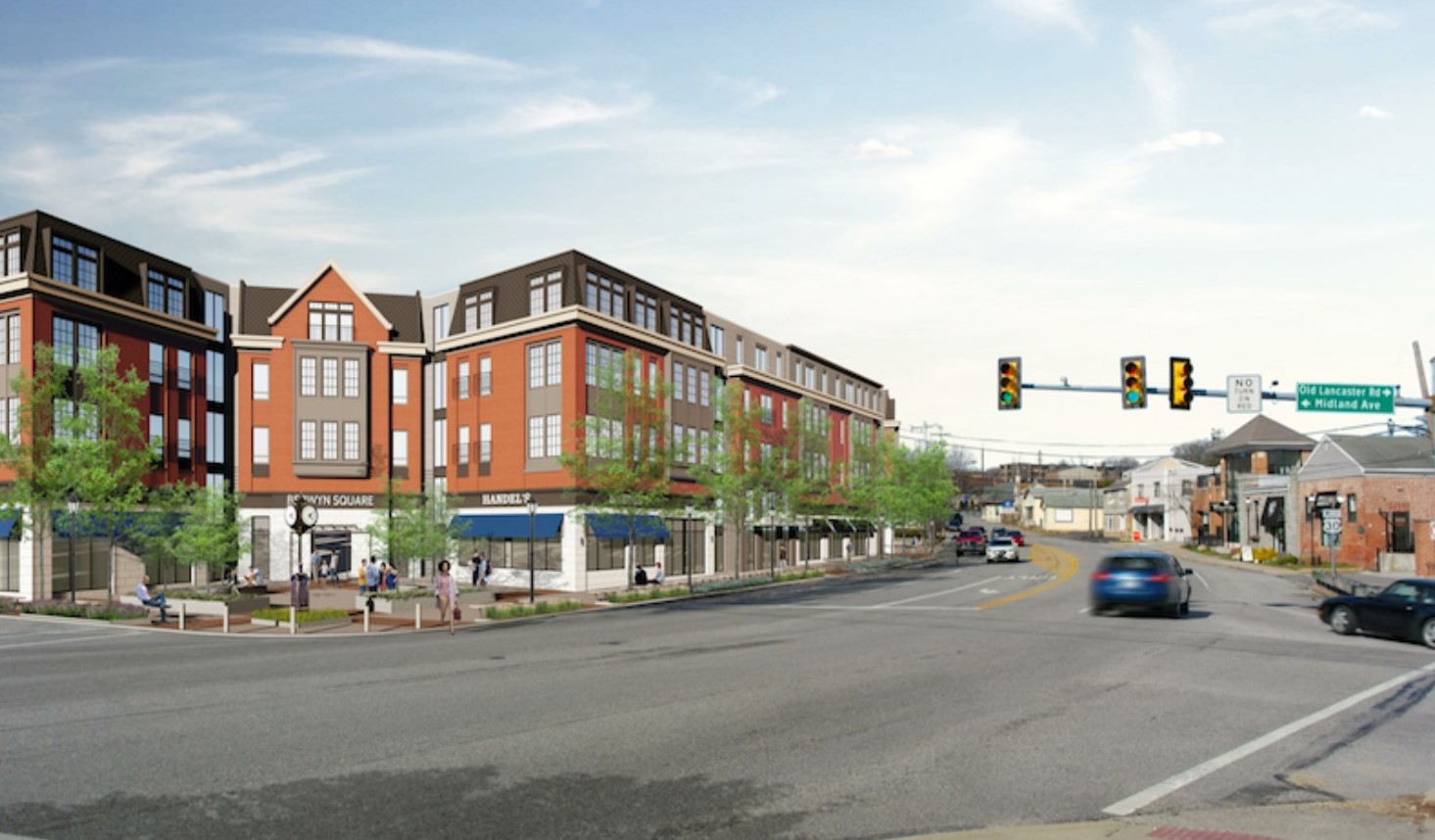 Image of the proposed Berwyn Square via SAVVY Main Line.

Two new major projects are coming to Berwyn, as a pair of developers plan to bulldoze and build on two rundown stretches of Lancaster Avenue, writes Caroline O’Halloran for SAVVY Main Line.

While it is still unknown what will be built there, DP Principal Jason Dempsey said the developer is evaluating all the available options. However, he said whatever proposal DP settles on, it will not “be a monstrosity.”

“It’s going to fit in and enhance the Village of Berwyn,” said Dempsey.

Meanwhile, homebuilder Todd Pohlig and developer David Della Porta have plans to turn a nearby parcel into four-story Berwyn Square.

The property currently consists of the popular Handel’s Ice Cream, an old strip center, a neglected warehouse, and a dated retail/office building.

The proposed plans call for a retail and public plaza with 120 high-end apartments above it. Handel’s would move into 2,000 square feet of retail space, with the remaining 3,000 square feet being reserved for a tenant that would bring something new to Berwyn, such as a spa or fitness center.