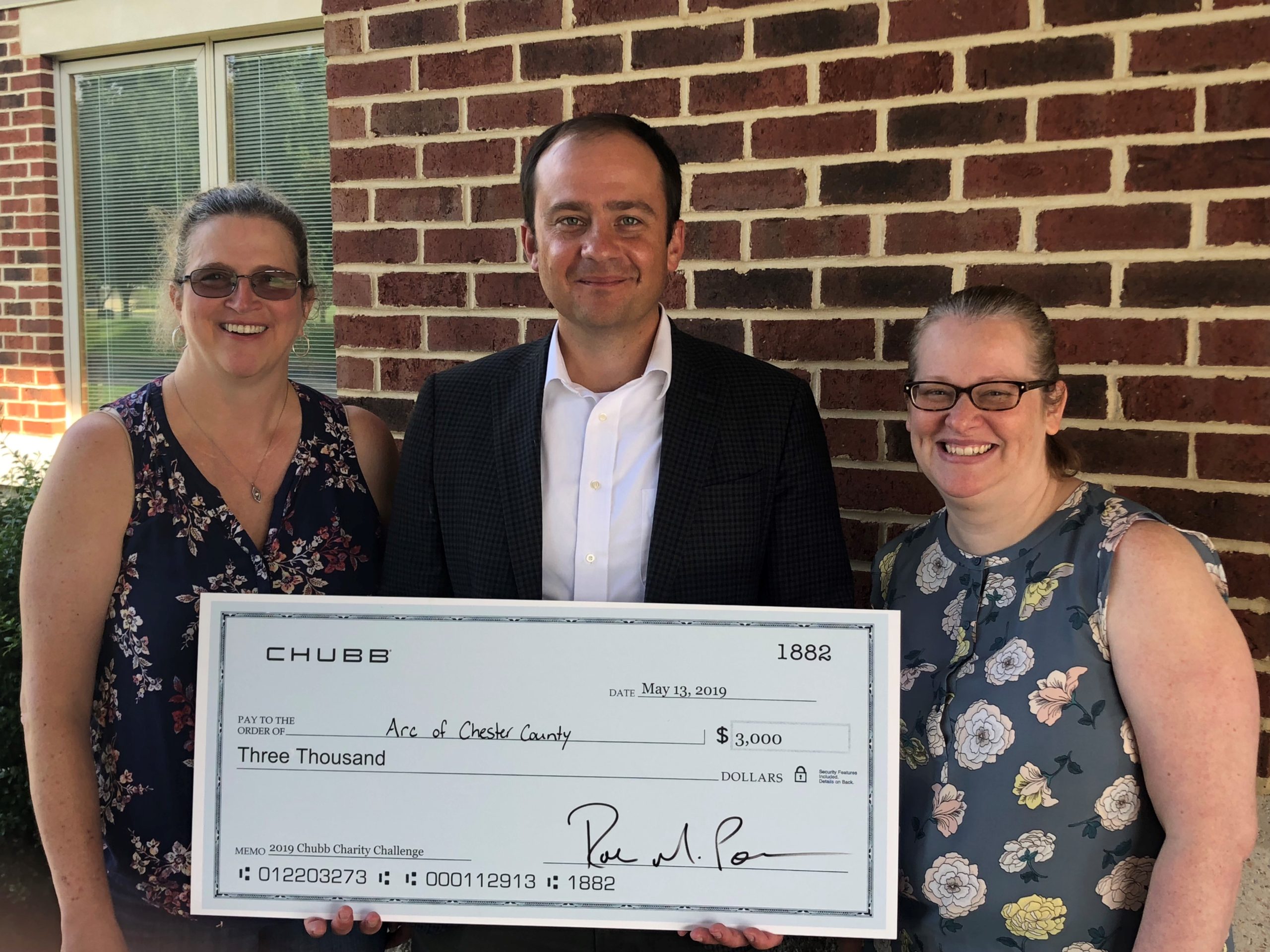 Arthur Hall Insurance recently presented a $3,000 check to The Arc of Chester County, a nonprofit provider of services to people with developmental and intellectual disabilities and their families, as part of the 2019 Chubb Charity Challenge.

The Chubb Charity Challenge is an annual golf tournament, now in its 20th year, aimed at raising funds for local charities across North America. Agents, brokers, and clients form teams and play in local tournaments organized by Chubb’s nearby branch offices. Each team plays on behalf of a local charity of its choosing.

The winning team in each regional tournament is invited to play in a finals tournament during the fall for a chance to win up to $50,000 in donations for its chosen charity.

Arthur Hall Insurance’s Dan Mackarevich and Bob Hackett teamed up with Rob Brown and Ryan Moyer of MVP Capital to play on behalf of The Arc of Chester County.

The Arthur Hall Insurance/MVP Capital Team earned an impressive second-place finish in the tough field of 13 other highly competitive groups. Money donated through the tournament helps local charities expand their impact in their communities.