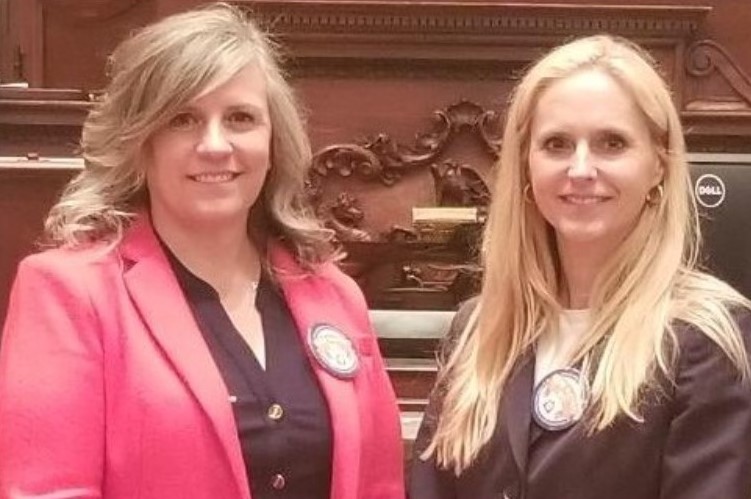 It’s been less than a month since Carolyn McKenna-Sloat took up the position of Director of Operations at Friends Association, a nonprofit in West Chester that promotes the independence of families with children by providing shelter, programs, and services that prevent and end homelessness in Chester County.

A pot of fresh flowers rests on her table. She doesn’t know from whom, but it makes her feel welcome. Having worked with nonprofits her entire career, McKenna-Sloat looks much at ease in her new office.

“It (working with nonprofits) is the only thing I wanted to do,” she said. “While still in school, I bought a big book of nonprofit organizations to work with around the world.”

As a little girl in Norfolk, Va., McKenna-Sloat grew up seeing her dad, a cop his entire career, addressing grievances of people. She recalls how he would engage the kids who were part of the Head Start programs in basketball games, so as to keep them off the streets. His eagerness to help people, improve society, and engage in social issues maybe rubbed off on her, she said.

Her previous stint was at the Home of the Sparrow, a social services organization that helps women facing homelessness to secure housing and long-term stability. While there, she met Jennifer Lopez, the current executive director at Friends, who was then working at the Adult Probation Office.

“Jennifer had started a program to provide gender-responsive and trauma-informed services to women who were justice-involved,” said McKenna-Sloat. “At Home of the Sparrow, we had started the adverse childhood experiences coalition for Chester County, which addresses trauma-related issues in the lives of people we are working with. We got some funding to support the program she was doing, providing housing services and case management for those women. And we just became friends.”

Soon after Lopez moved to Friends, a casual conversation brought up the prospect of McKenna-Sloat joining the organization as well.

“We talked about how my interest aligned with hers when it came to solving the issues of poverty,” she said.

At the beginning of her career, McKenna-Sloat mostly worked with global health organizations such as Operation Smile, a nonprofit that provides pediatric surgeries for facial deformities, and Jhpiego, a Johns Hopkins-affiliated program for international education in gynecology and obstetrics. The work gave her the opportunity to travel around the globe, provide services in the most-poverty-stricken areas, and help bring change.

“It was exhausting, but when you see the help that you are able to provide, you don’t want to do anything else,” she says.

McKenna-Sloat reached a point in her life, when she thought, “I just need to settle down a bit.” She made the shift from global health services to domestic social services at the Home of the Sparrow.

The more she learned about the issues here, the more surprised she was.

“My whole career, I worked in places with true poverty, in developing countries,” she said. “And I just sort of assumed that everything was being taken care of here. That there is a safety net for everything. There isn’t. And it has really been surprising for me. Especially in a town like West Chester where there are so many resources – both human and financial. It just shouldn’t happen here.

“Jen (Jennifer Lopez) and I want to solve the issue of poverty in the next five years. It’s getting to that. We are looking less at serving 500 people a year, and more at serving 100 families that are never going to need us again. We are going to work toward creating policies and programs structured to build holistic services for families. We see that women are working two full-time jobs, or two part-time jobs, or … they are working hard, and putting in a lot of hours. But it doesn’t add up, because the cost of housing and the cost of living is so much here. And these are the people we see every day, the server in a restaurant, school teacher, police officer. They are not making enough money. Jen is an amazing speaker and a great advocate, so we hope to be involved in some policy initiatives as well.”

McKenna-Sloat already has a vision in place and is all set to execute it.

The best thing about her new workplace?