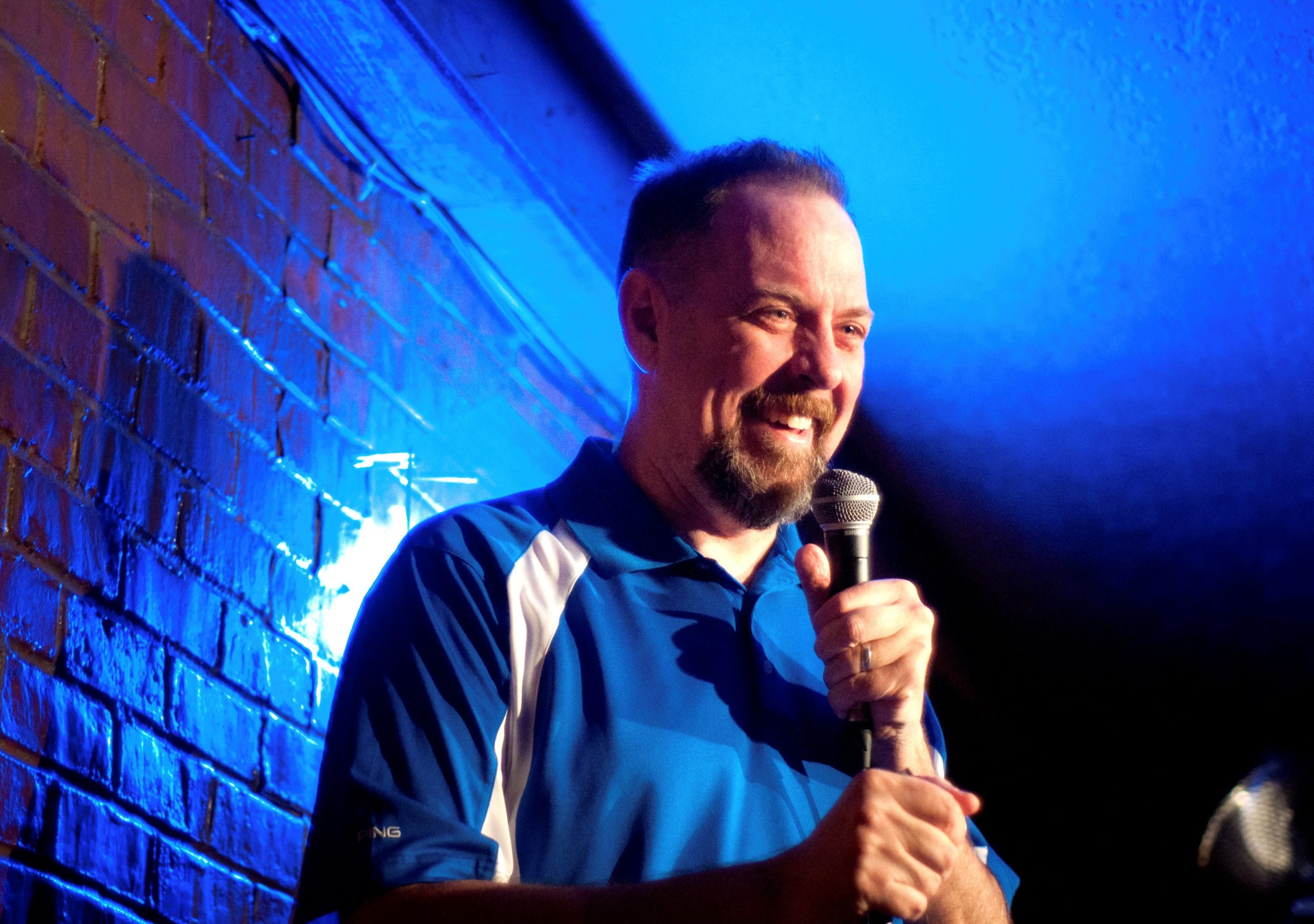 McCue tours the country, even the world, making his appearance in West Chester especially exciting, as Uptown! strives to bring a wide variety of high-level talent to local audiences.

A mixture of witty “A-list material” and his ability to work off-script has earned McCue the title of “Boston’s King of Crowd Work!” It’s not only his height of 6-foot-6 that makes him stand head and shoulders above club comedians of the “stick-to-the-script” variety. He blends thought-provoking material and uncanny improv skills with a style that encourages audience participation and keeps them on their toes.

McCue has been featured on Comedy Central, Comcast Comedy Spotlight, and NBC’s Last Comic Standing. He has performed in the top comedy clubs in Boston, Las Vegas, New York, Dublin, Montreal, and Edinburgh. Since 2000, he has also entertained U.S. troops at more than 100 bases around the world.

An account of his experiences performing for the troops is the basis for his book – Embedded Comedian – that he describes as a “field manual for comedians in a war zone.” McCue also founded and currently runs The Boston Comedy Festival, now celebrating its 20th hilarious year as one of the top comedy events in the country.

McCue is known to ask audience members their names and occupations, and he follows up with spontaneous humor inspired by their answers. In fact, Stars and Stripes, the independent U.S. military news publication, says, “The front line in a combat situation refers to where the action is. Anyone sitting near the stage during Jim McCue’s comedy show will feel like they are on the front line by the time the jokes stop flying in their direction.”

Joey Carroll, a fellow comedian from Boston, is the opening act.