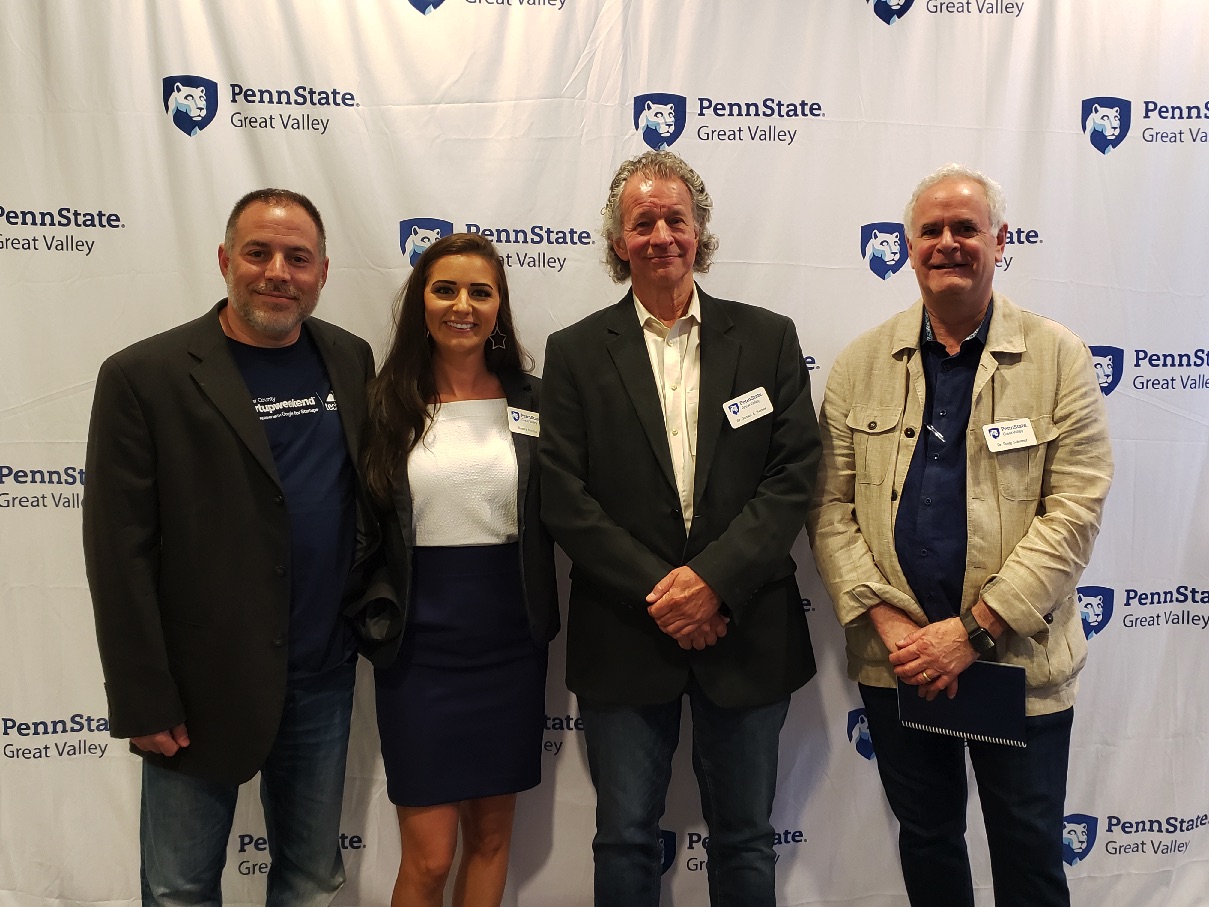 For the second year in a row, aspiring entrepreneurs, innovators, and would-be inventors gathered for Chester County Startup weekend, where they had 54 hours to take a new idea from concept to creation.

The weekend began with participants making 60-second pitches on potential new products and services. Teams then formed organically around topics of interest. With the feedback and support from mentors and coaches, participants worked around-the-clock to develop a prototype or minimum viable product. By Sunday, each team had five minutes to present their final product to judges.

“There is no better way to capture the energy and intensity—and the challenges—that go into starting a new venture,” said Patrick Hayakawa, VP of Innovation & Emerging Technologies at the Chester County Economic Development Council. “Many of these team members just met each other, and a few days later they are practically ready to launch a business.”

The event was led entirely by volunteers, including business coaches and expert judges. Vic Bakunoff, former NFL player, entrepreneur, and startup investor, presented the opening keynote, explaining to participants how preparation, execution, and perseverance—in football as in life—are critical to business success.

“We were thrilled to bring the Techstars program back to Chester County,” said James Nemes, chancellor and chief academic officer of Penn State Great Valley. “This is a great opportunity for our students and members of the community to get a real, hands-on experience of starting a company from the ground up.”

Much of the workshop and exercises were led by New York-based facilitator Roger Osorio of Startup Weekend. “It’s not just about entrepreneurs,” said Osorio of the Startup Weekend process. “It’s really about anyone who wants to learn how to take an idea from concept to creation. We’ve all been in that spot where we’ve talked about an idea but haven’t done anything about it. Part of the reason is we maybe don’t have a process. Through this event, you’re going to learn that process.”

Final pitches were made on June 2. A panel of five judges evaluated the presentations on three main criteria: validation of problem, solution and design, and business model.

“The fact that this event continues to be a success shows that entrepreneurial spirit is healthy in this region,” said Hayakawa. “People from all backgrounds—business executives, students, engineers, academics, designers—came together to work on these teams. I think it shows Chester County continues to be a great place for startups.”