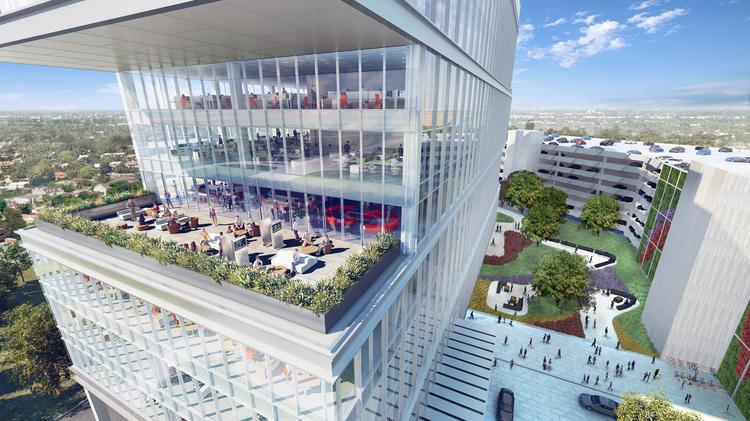 Image of a planned office building in Plymouth Meeting via Brandywine Realty Trust.

A number of developers are capitalizing on the lack of available modern workspaces and rising rents in Philadelphia’s suburbs by constructing several new office buildings, writes Natalie Kostelni for the Philadelphia Business Journal.

A new building costs approximately $400 a square foot to build, but the rise in rents now justifies that expense. For the first time, rents in the suburbs have exceeded $27 a square foot, and in some places, they are exceeding $40.

As a result, there are currently development projects in the suburbs that total nearly one million square feet, with more on the way. Developers are so bullish on this market that some of them are building on speculation, with no tenants lined up.

Among them is Newtown Square’s Equus Capital Partners, which is currently finalizing approvals on a 145,000-square-foot building in Wayne.

“We plan to start construction in September,” said Steve Spaeder of Equus.

The company is also considering several more possible developments, including another speculation development in Conshohocken.

Other companies that have projects in the works, although with substantial pre-leasing, include Brandywine Realty Trust, which is developing a building in Radnor as part of Penn Health’s new campus.

Read more about the suburban office boom in the Philadelphia Business Journal here.