Home Archive Inspiration Strikes Along the Banks of the Brandywine

Inspiration Strikes Along the Banks of the Brandywine 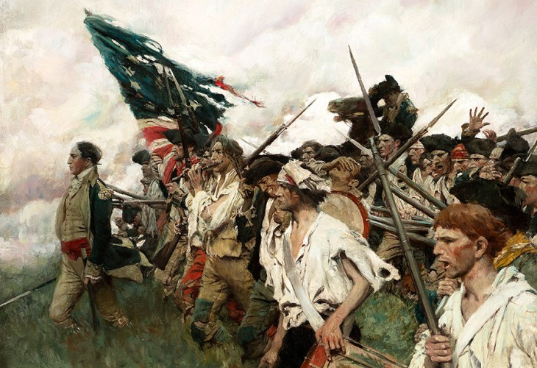 Editor’s Note: We asked Chester County’s Bruce Mowday, an accomplished writer and historian, to revisit the origins and motivations behind a handful of his books. Mowday’s latest book, Stealing Wyeth, will be published in August.

When I began writing professionally, I had three goals. I wanted to write for a newspaper, write a cover story for a magazine, and write a book. Early on in my career, I accomplished the newspaper and magazine goals. Authoring a book came later in my career.

I worked for the Daily Local News in West Chester for more than two decades as a reporter and editor, and for most of those years, I wrote a weekly column. I chose the topics, and they were varied. 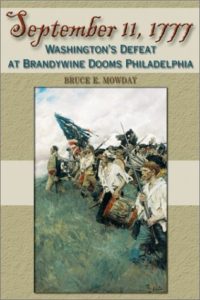 Being interested in local history, I bid on an auction of old newspapers and won the lot. I knew beforehand that one of the papers contained a first-hand account of someone who rode with Washington at the Battle of Brandywine. The newspaper article was perfect for a subject of one of my columns. I’d always had an affinity for the Brandywine Battlefield Park. Maybe it was because the location was where my parents took me and my siblings to run around and tire ourselves when we were young.

Even though I knew the basics of what happened on Sept. 11, 1777, along the banks of the Brandywine River in Chadds Ford, I wasn’t an expert and needed more details for my column. I began by going to the Chester County Book Company in West Chester to purchase a book on the battle.

I was told no such work existed. I was appalled that such an important event in American history had been overlooked by historians for more than two centuries. The battle was General George Washington’s main defense of Philadelphia and the Continental Congress and Lafayette’s first fight on behalf of America. It was also the largest land battle of the whole war. Washington, many believe, almost lost his life during the late morning hours of the engagement.

Besides being appalled, I saw an opportunity for a book. Even though my book on Fort Delaware was published before the one on the Battle of Brandywine, the Brandywine book was my first author’s idea.

The thought led to more than five years of research, including a trip to London to review records of the British army and the British government. During that period, I served on the board of the Brandywine Battlefield Associates as President.

I’m proud that my book, which began as an idea for a newspaper column, helped spur greater interest and research on the Battle of Brandywine, which continues today.

Tags: Battle of the BrandywineBruce Mowday