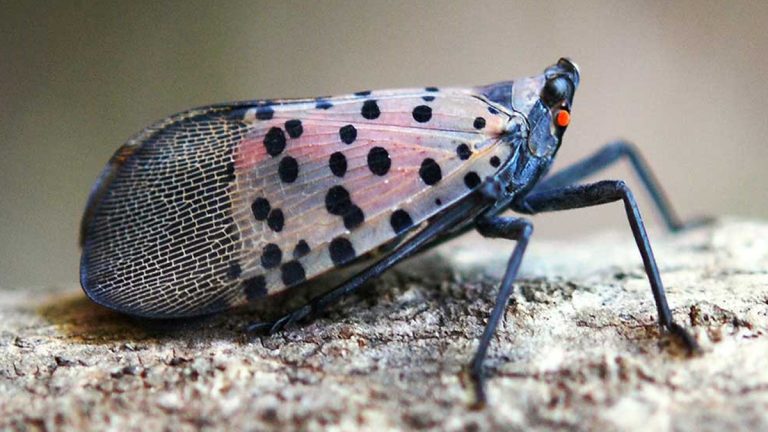 Image of a spotted lanternfly via the Pennsylvania Department of Agriculture.

According to Russell Redding, the state’s Secretary of Agriculture, the three organizations joined forces to get 150 researchers and experts studying the invasive bug and controlling its spread.

The insect was first seen here five years ago and feeds on a number of trees, including pine, maple, cherry, and apple. They leave wounds on the trees that attract other pests.

Redding said that, while full eradication will not be possible this year, it is on the horizon.

He said that Gov. Tom Wolf is proposing a $5 million fund for the agriculture department that would go toward containing the threat to crops and farm animals.

“We’ve learned a lot, but I’d be the first to tell you that there’s also a lot we don’t know,” said Redding.

Read more about the efforts to eradicate the spotted lanternfly at PhillyVoice here.