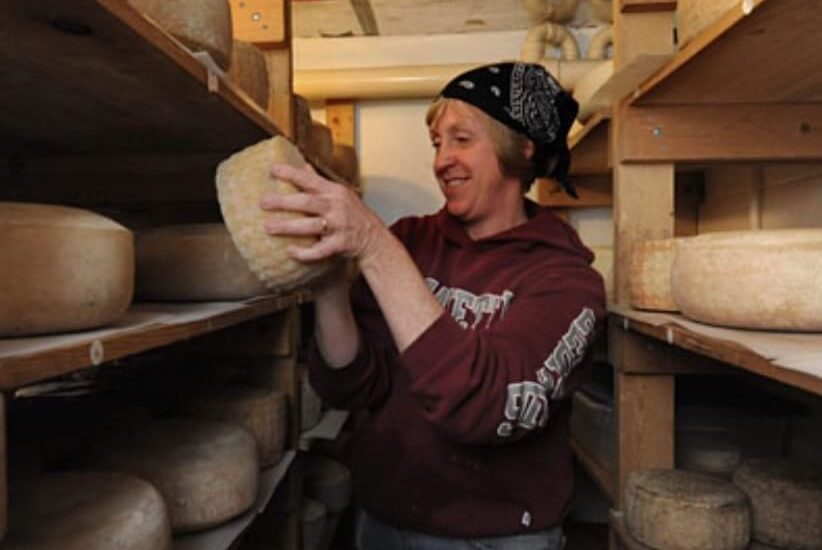 Birchrun Hills Farm in Chester Springs is one of three creameries across the country that are collaborating to create a new, totally original American cheese, writes Josh Kramer for Smithsonian.

Sue Miller, a cheesemaker at Birchrun Hills, is one of three artisan cheesemakers following the same recipe and procedures in three different states to see if it will taste different. Unlike most of the cheeses that evolved over centuries, Cornerstone was designed in just a few years from an original American recipe.

The creation of Cornerstone begins at Birchrun Hills in a pasture that has been tended for decades by Miller’s family. The milk is then gravity-fed through a pipe down into a cheesemaking vat. Precise climate and environmental controls allow Miller to set the humidity and temperature as the cheese ages. The same process is used in the other two creameries.

There are also a number of other cheesemakers awaiting the results and hoping to join the process. Miller believes this could happen as early as this summer.

“Really, we want to get through this year of study,” said Miller. “This is just the beginning.”

Read more about the quest to create a new American cheese from Smithsonian here.

AgricultureWorldwide Audience Captivated by the Birth of Foals in Chester CountyApril 12, 2021