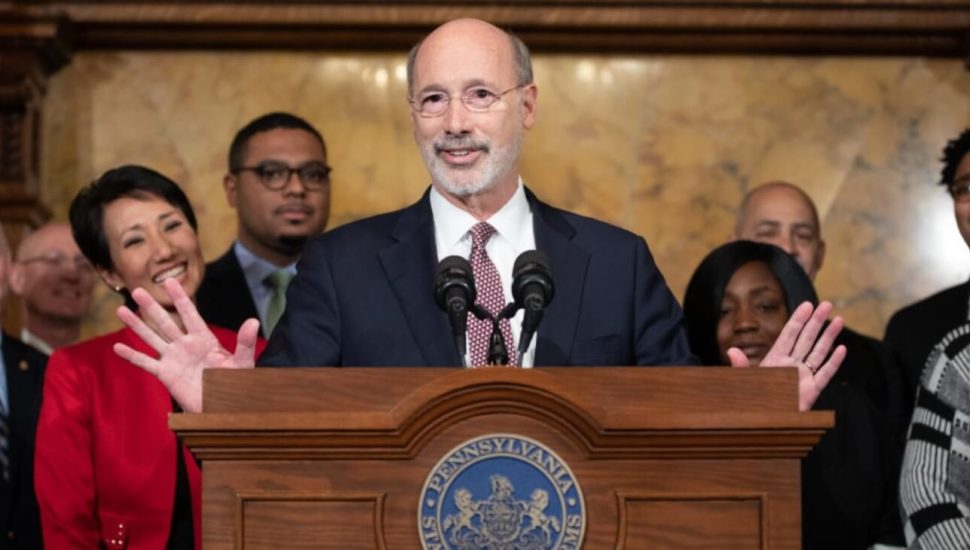 Image of Gov. Tom Wolf via the governor's office.

Gov. Tom Wolf is taking another shot at raising Pennsylvania’s minimum wage, an issue that has plagued him since his election, writes Katie Meyer for WHYY.

The proposal to boost the state wage from its current $7.25 federal minimum to $12 an hour is being introduced by Democrats in the House and Senate. According to the proposal, the minimum hourly wage would then rise by 50 cents each year until it reaches $15 in 2025.

Tipped workers are also included in the plan. The current minimum wage for tipped workers in Pennsylvania is $2.83.

The plan proposed by Democrats anticipates savings of $36 million in the first year and $119 million the following year by getting low-wage workers off state Medicaid. According to Wolf, these savings would go toward salaries for home and childcare workers in the Department of Human Services.

This is a “really good opportunity to make the point that we don’t need taxpayer dollars,” he said.

Senate Republican Spokeswoman Jenn Kocher said the caucus is willing to have a “reasonable discussion” on raising the minimum wage. But that she is not sure this “meets the definition of reasonable.”

Read more about the issue from WHYY here.