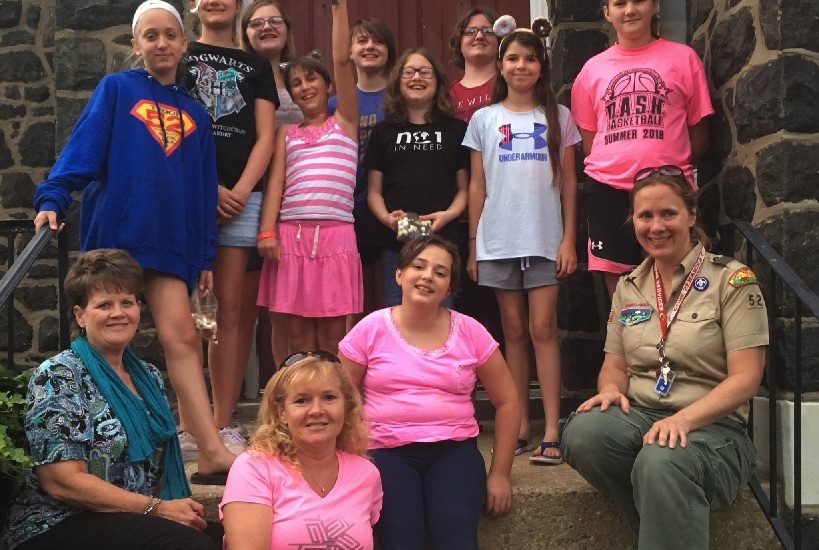 This month, Chester County Council, Boy Scouts of America celebrated its 100th anniversary.  The group was chartered on January 17, 1919 and a century later, the organization is about to undergo some significant changes. 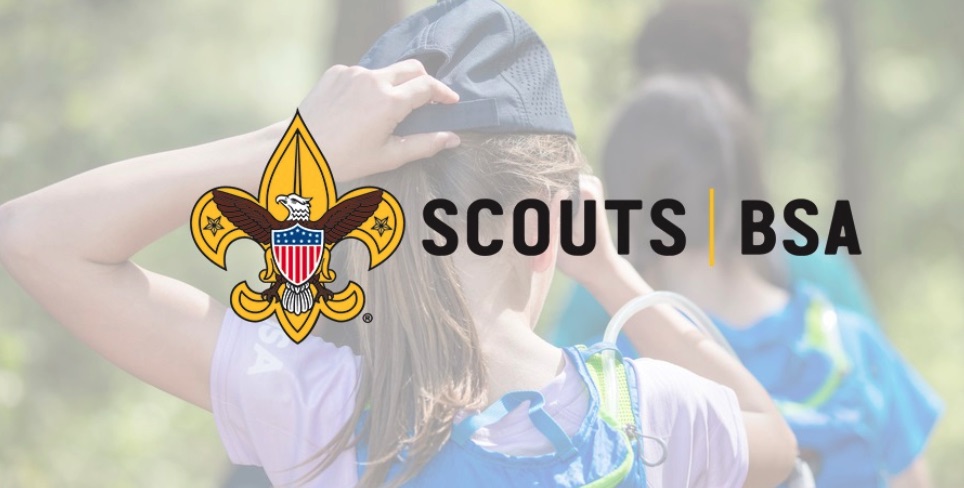 Beginning February 1, the national organization is changing its name to Scouts BSA as it also opens its doors to girls.

Marshallton-based Troop 52 has been eager to be an early adopter of the new program, with interested girls and trained leaders ready to go.  Last June, they launched BSA Explorer Club 19 that focused on teaching girls camping and outdoor skills as well as the organizational structure and leadership roles of the BSA.

One of the women leading Explorer Club 19 is Patti VanCleave.  Her involvement with scouting began in 1998 when her son, Scott joined Cub Scout Pack 152.  When he moved up to Boy Scouts and joined Troop 52 in 2002, Patti stepped up her participation in scouting and became the activities chairperson.

Scott became an Eagle Scout and went on to serve as the troop’s assistant scoutmaster.  Patti stuck with the troop as well.  “I realized how important scouting was to him as he grew up and I wanted to help other kids have that experience,” she said.

Now it is Patti who has stepped into the role of assistant scoutmaster.  Since June she has been helping the girls in BSA Explorer Club 19 planning trips, setting up service projects, and helping them gain experiences that will transform them into confident leaders of tomorrow.

“It is heart-warming,” she said, “to see the girls display grit and tenacity when they swing an axe or finish a 7.5-mile hike, for example, and exclaim ‘I didn’t know I could do that.’”

Patti’s work with young people doesn’t end with scouting.  For the past ten years, she has worked at the Chester County Economic Development Council (CCEDC) and one of her first assignments was helping with the annual Girls Exploring Tomorrow’s Technology (GETT) event.

This one-day, tradeshow-style expo experience for girls in grades 5-10 provides an introduction into a wide variety of careers in the STEM fields.

As BSA Explorer Club 19 transitions to Troop 19 this weekend, the group will be the latest to participate in the BSA’s vision to prepare every eligible youth in America to become a responsible, participating citizen and leader.

No doubt, with leaders like Patti VanCleave they are certain to succeed.