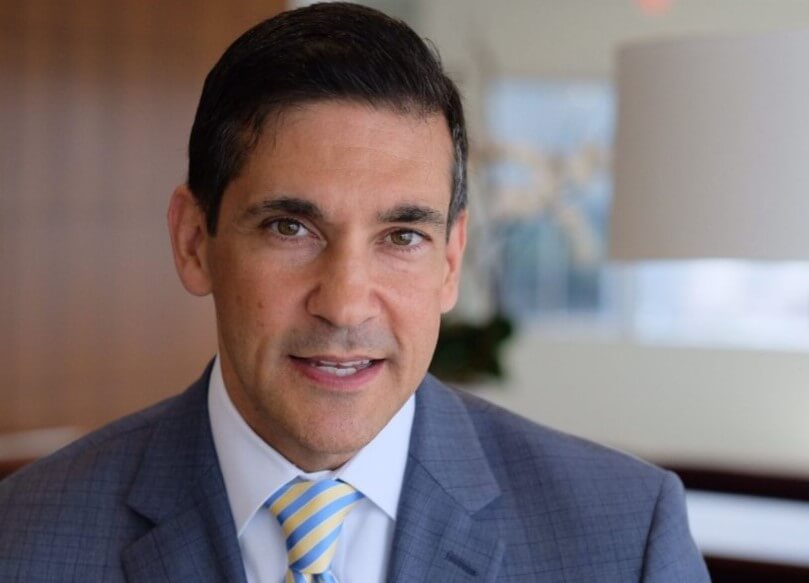 Image of Val DiGiorgio via the Philadelphia Inquirer.

Val DiGiorgio, the former chairman of the Chester County GOP and the current leader of Pennsylvania’s Republican Party, has presented his plan for Donald Trump’s re-election in 2020, writes Holly Otterbein for Politico.

DiGiorgio recently met with President Trump’s re-election campaign for the first time since the GOP lost several Senate, House, gubernatorial, and state legislative races in the Keystone State. The meeting was attended by around eight people, including the political director of Trump’s 2020 campaign, Chris Carr, and senior campaign aide Bill Stepien.

During the meeting, DiGiorgio laid out his 2020 strategy, including “bringing Trump volunteers who were active in 2016 into the party proper,” recruiting party activists through text messages, and identifying issues that motivate the state’s swing voters.

“Chairman DiGiorgio presented the campaign with a detailed two-year plan to grow the state party and expand the president’s base,” said Stepien. “We remain united in our effort to keep Pennsylvania Trump Country in 2020.”

In addition to re-election plans, DiGiorgio presented a proposal to improve the state committee’s fundraising.

“It was a soup-to-nuts effort to make sure we’re firing on all cylinders and coordinating with the Trump campaign,” said DiGiorgio.

Read more about the GOP’s plans in Pennsylvania at Politico by clicking here.