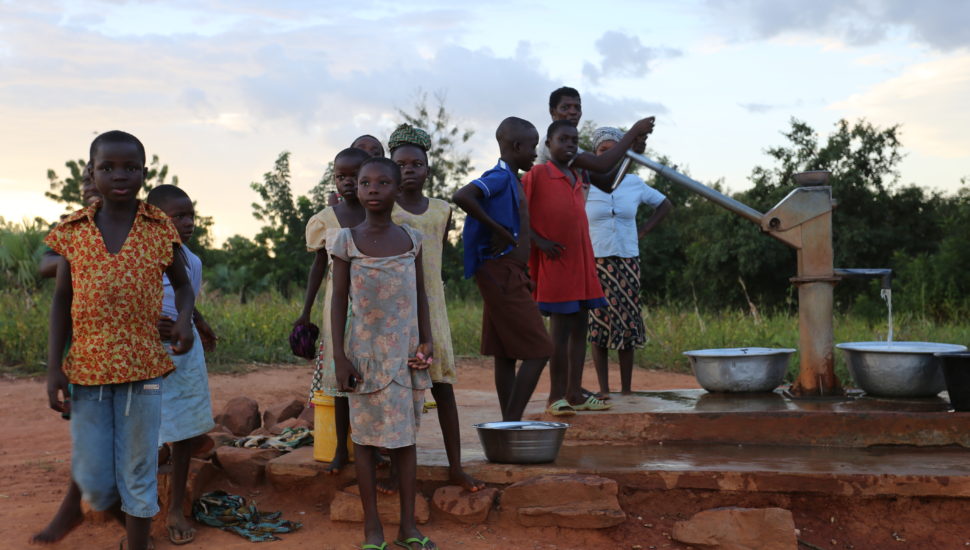 Powell Pump & Well Drilling is a water and well contracting firm with services that include drilling, water conditioning, and the installation of geothermal systems. But the company’s reach extends far beyond its Aston home in the form of a charitable organization that brings life-giving drinking water to needy communities in Africa.

With the slogan, “Water Is Life,” Lifetime Wells International works with local communities in Ghana and Tanzania to develop clean, reliable water sources through installing, maintaining, and monitoring water resource infrastructure. David Powell of Powell Pump & Well Drilling and Ken Wood founded the charity in 2004 when they decided to use the company’s well-drilling skills to give something back.

“There are not a lot of folks in the world who are water well contractors, but there are millions of people drinking water out of mud puddles and swamps,” said Powell. “One of the most desperate things the developing world needs is clean water.”

Indeed, in many communities in Africa, individuals may need to walk up to a mile and back several times a day to find water that is often not even safe to drink.

Starting out in Morocco as Wells for Relief, the organization eventually merged with Lifetime Wells for Ghana in 2017 to become Lifetime Wells International. With Powell as President and Ken Wood as CEO, the company works in Ghana and Tanzania to drill wells and provide self-sufficient, potable water in rural and semi-urban communities that will significantly reduce or eliminate water- and sanitation-related diseases.

Since the program began, Lifetime Wells International has provided life-giving water to more than a million people.

Powell noted several reasons, however, why much of the developing world is without clean water:

“That’s why the problem is not fixed in the world today,” he said.

A typical project for Lifetime Wells International is in a community or village of 300-500 people where a water well is drilled and a hand pump installed. Powell’s organization is on pace to install about 100-200 wells a year between the two countries it serves, with an average depth of about 150 feet per well.

But once the wells are drilled, the project is far from over, due to the need for constant maintenance.

Regrettably, according to Powell, more than half of the wells in Africa are not in operation because there is no one there to fix them or not enough money to pay for the cost of fixing them.

“Drilling is difficult as it is, but keeping things up and running is more challenging,” he said. “We have a very active sustainability program where we work with the villagers. We make them set up committees before we even drill the wells to make sure they are taking responsibility, which is as or more important than giving them the water. If they want the water, they must be willing to maintain it.”

Powell travels from Aston to eastern Africa about three times a year for Lifetime Wells International. Anyone who travels for the organization pays their own way, as all money raised by the organization goes 100 percent toward water projects. Lifetime Wells International employs seven people in Ghana and three in Tanzania, with contractors hired as needed.

“We’re making a dent by doing what we can, but there are 10 lifetimes of work just in Ghana, let alone all the other countries,” said Powell. “The biggest thing we need is funding.”

One thing his organization does not lack, however, is an appreciation from the villagers who receive a new well from Lifetime Wells International.

“They are happy, and they are singing and dancing when they know they don’t have to walk three-quarters of a mile any more to pick up water that could maybe put them in a hospital,” Powell said.

Click here to learn more or make a donation to Lifetime Wells International.