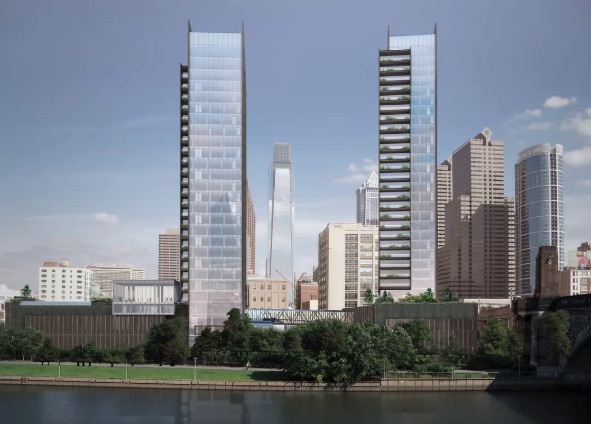 There have been a lot of changes along the Schuylkill River in recent years, with a quiet development boom bringing a variety of projects, writes Anna Merriman for Curbed Philadelphia.

A new list maps out the most talked-about developments along the banks of the Schuylkill. It includes future projects along with developments finished in 2017.The projects vary from bridges and bike trails to apartment and office complexes.

The Schuylkill River Trail expansion project has been making a lot of headway. Most recently, a federal grant of $12 million was awarded to the project, to close the gap between 34th and Christian streets.

Among the projects featured is Manayunk’s Venice Island, the 63-unit townhome development expected to be completed by 2021, with homes costing nearly $900,000 each.

Ridge Flats is a mixed-use residential and commercial development near Kelly Drive and the river bank. The project has been in the works for a while, but is still in the design stage.

One of the biggest projects, the Schuylkill Yards development will cost $3.5 billion. Led by Drexel University and Brandywine Realty Trust, the project will include Drexel Square and mixed-use towers.

Read more about development projects along the Schuylkill River at Curbed Philadelphia by clicking here.