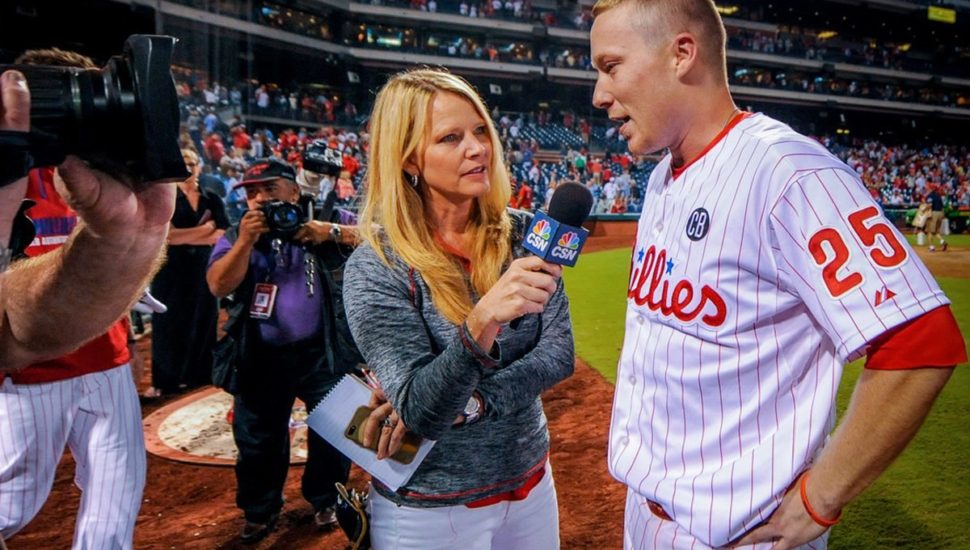 Image of Leslie Gudel via the Philadelphia Phillies.

Leslie Gudel, one of the most recognizable faces to sports fans in Philadelphia, has followed up nearly two decades as a Comcast SportsNet anchor and reporter with a new career as a realtor for Coldwell Banker in Wayne, writes Rob Tornoe for the Philadelphia Inquirer.

This is not Gudel’s first foray into real estate. She spent her first five years after graduating from UCLA in the field, as she followed in the footsteps of her father who owned a real estate company.

But the sports-media bug bit Gudel, and she started working as an intern for Prime Sports in Los Angeles. She landed a job with Comcast SportsNet in 1997, becoming one of the original anchors on the network and Philadelphia’s first full-time female sports anchor.

However, things changed for Gudel when she was notified in April 2016 that it would be her last season on the job.

“I never asked why, because whatever answer I got really didn’t matter,” said Gudel.

Instead of pursuing another job in sports reporting, Gudel went back to her roots in real estate, and is now looking forward to selling her first house.

Read more about Leslie Gudel in the Philadelphia Inquirer here.