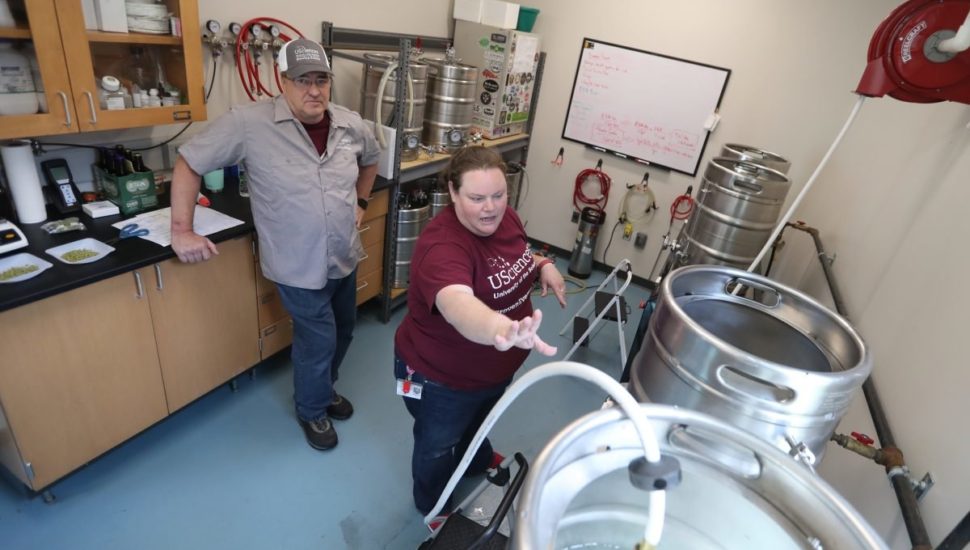 The University of the Sciences in Philadelphia is offering a brewing science program that is gaining in popularity, writes Annabelle Williams for The Philadelphia Inquirer.

The program, the first graduate certificate in the brewing industry offered in the Northeast when it started in 2015, came into being after its director, Matthew Farber, presented some “sound business arguments” to some skeptical university administrators.

To date, the program has graduated 16 students as certified brewing scientists. Seven more students are in the pipeline. All have found work in area breweries, including Victory Brewing Co. in Downingtown, Conshohocken Brewing Co., Vault Brewing Co. in Yardley, and Cape May Brewing Co.

Nationally, the University of California at Davis and Colorado State University offer four-year programs. An additional 14 schools offer a certificate program accredited by the Brewers Association.

The Pennsylvania College of Technology in Williamsport offers an associate’s degree in brewing and fermentation science.

Pennsylvania and the Philadelphia region are fertile areas for beermaking. The Brewers Association lists Pennsylvania as having the sixth-most craft breweries, with 282 as of 2017, up from 205 in 2016. In Philadelphia, there are 30 full or associate members of the Independent Craft Brewing Association.

Read more about the craft beer industry and brewing science in The Philadelphia Inquirer by clicking here.