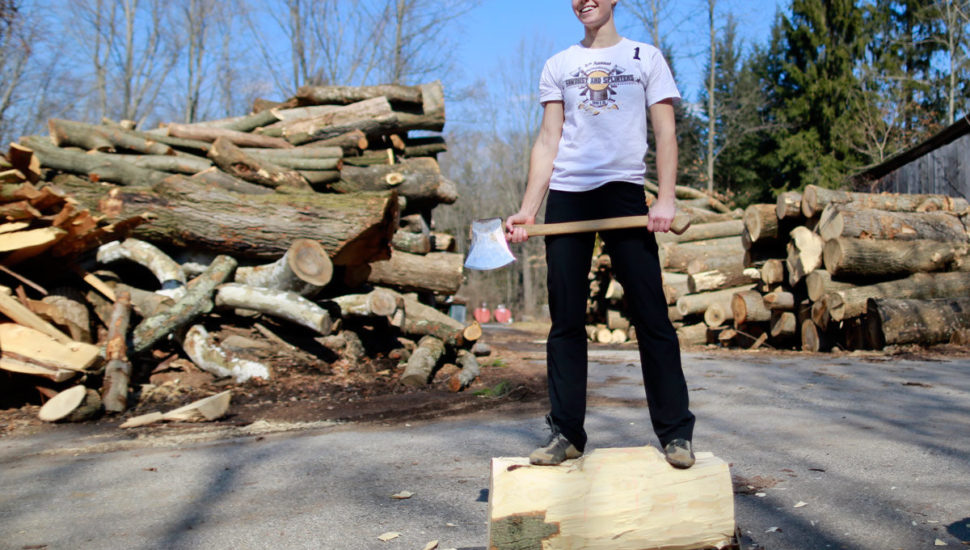 Martha King of Chadds Ford put her saw to good use during the first Stihl Timbersports lumberjill competition last month in Coventry, Conn., writes Lori Riley for the Hartford Courant.

King discovered the unusual sport when she went to Penn State. It was the perfect fit, especially since her father is an arborist and she grew up cutting trees.

“I was one of two girls on the team at Penn State,” said King. “It was so hard to find females. Now I’m competing, and a lot of colleges have girls on their teams.”

King, 28, now competes in a number of events and finished third at the national championship in June.

Entering a male-dominated sport was not easy, and it came with its own set of prejudices.

Read more about Martha King in the Hartford Courant by clicking here.

SportsWest Chester Native Goes from Undrafted NFL Rookie to Breakout Performer in a Matter of MonthsDecember 3, 2020

SportsDowningtown Native Up to the Challenge of Leading a Young Penn State Women’s Basketball TeamNovember 30, 2020