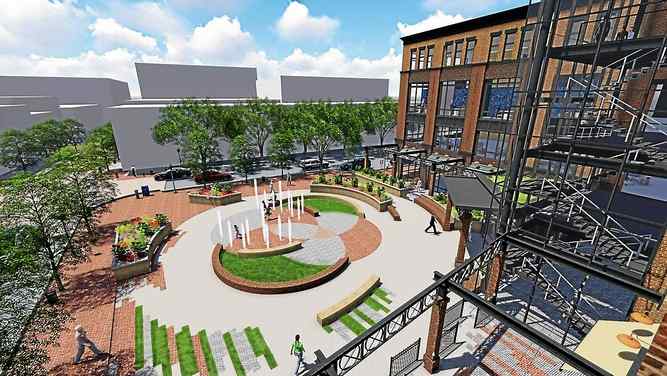 Two years after his original development plan for the former site of the Mosteller Building was rejected, Eli Kahn of Downingtown’s D-Town Associates has reintroduced it to West Chester Borough Council, writes Bill Rettew for the Daily Local News.

Kahn wants to construct a 45,000-square-foot, four-story building with the upper floors containing offices and the ground floor home to retail and fine dining. When Kahn originally presented this plan two years ago, the council balked at its height.

“When the council didn’t want to talk about this, we walked away,” he said. “They don’t want it, fine.”

Now his patience has paid off. The seven-person council now has four new members and is much more receptive to his proposal. However, Kahn still has to get further approvals like zoning relief.

“This has been going on for a long time,” said councilman Don Braceland. “When I first saw this plan, I said this is what West Chester needs. This is going to be the crown jewel of West Chester.”