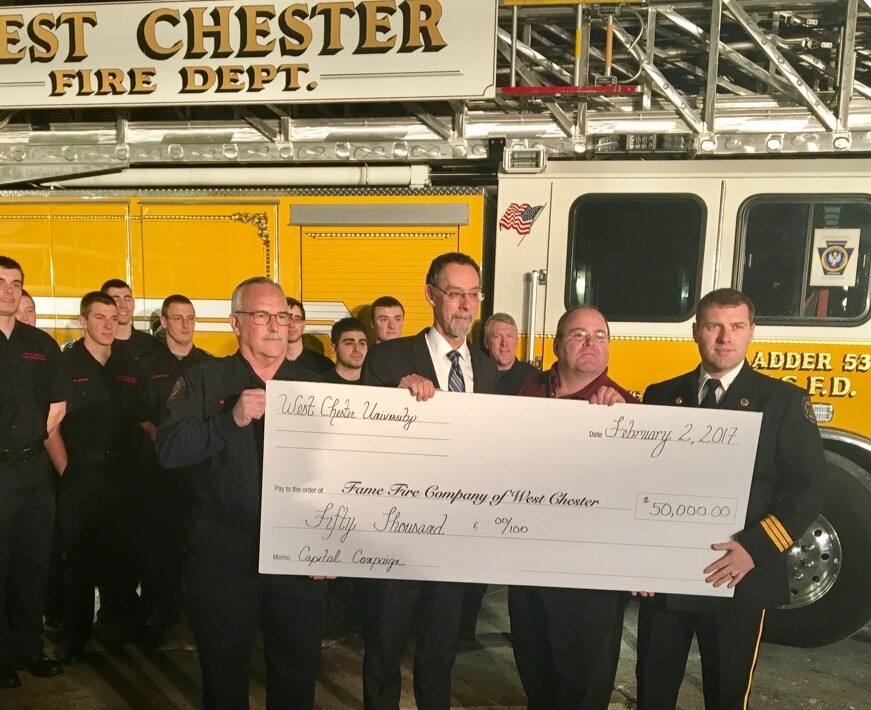 The donation to Fame’s $2.5 million fundraising campaign will be used to construct a specialized storage facility for the company’s 137-foot aerial truck. The truck is a vital piece of firefighting equipment that is used in response to incidents in tall buildings and ones requiring longer ladders, which include some of the university’s residence halls.

The truck was provided to Fame because of its close proximity to West Chester’s campus. Thanks to the university’s donation, a new bay to house and maintain the truck will be constructed as part of the new 40-foot-by-100-foot expansion to the firehouse.

“West Chester University is pleased to be able to assist our community’s volunteer firefighters in the purchase of specialized equipment that will assist in saving numerous lives,” said Fiorentino.

“The university’s donation toward the ladder truck is our way of helping the men and women of Fame Fire Company who volunteer tirelessly, day and night, to ensure the safety of all area citizens, including WCU students,” Powers said.

“The volunteer firefighters of Fame Fire Company join me in extending our sincere appreciation to President Fiorentino and the West Chester University community for their generous support of Fame’s capital campaign.”