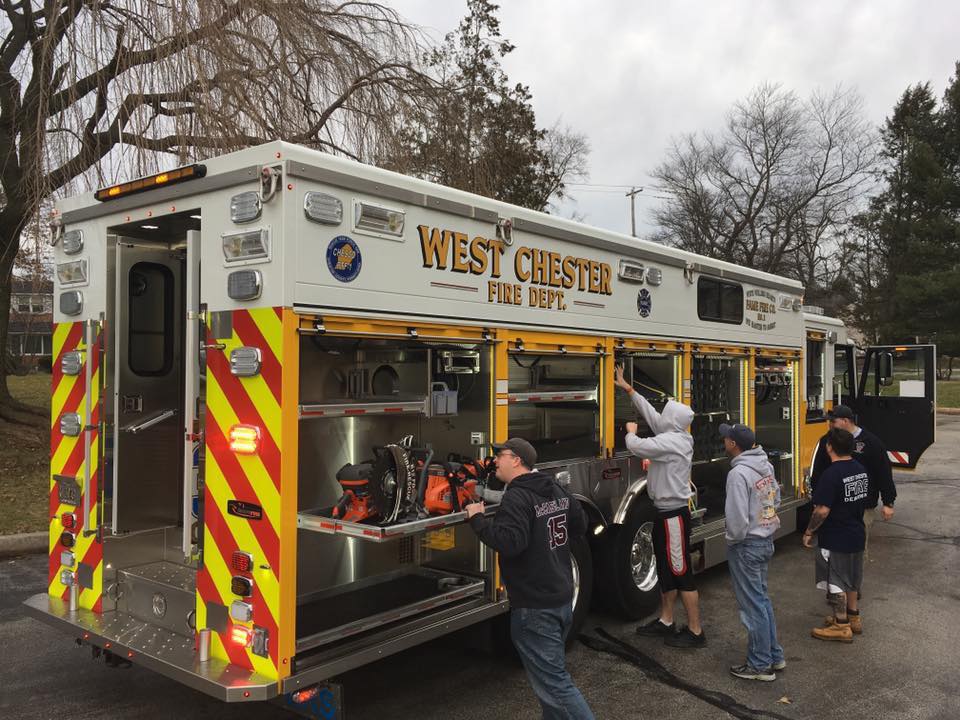 When the new rescue truck arrived, the volunteers at Fame Fire Company were like kids on Christmas morning.

Hot new wheels will take the volunteer firefighters at West Chester’s Fame Fire Company to the scene of emergencies in 2017, as a new rescue truck two years in the making recently arrived at the station and was quickly outfitted for duty.

Fame is one of three fire companies in West Chester that receives replacements every 20 years, and it was due for a new truck. The $900,000 vehicle, Rescue 53, was paid for by the borough and five neighboring communities – Westtown, East Bradford, Thornton, West Goshen, and Birmingham townships – that the West Chester Fire Department serves.

“It’s like a giant toolbox on wheels,” Chief Mike McDonald told the Daily Local News. “There are not too many incidents we can’t handle.”

The state-of-the-art vehicle is necessary due to the critical role Fame fulfills for the Chester County Rescue Task Force, and boasts a generator, compressors for both air and hydraulic rescue tools, a winch, lighting, high-top tie-offs for rope rescues, high and low pressure air bags, power saws, torches, and ventilation equipment.

When Rescue 53 arrived from Osceola, Wis., the volunteers at Fame, with mouths agape, were like kids on Christmas morning.

However, the blessing of a new rescue truck is forcing the displacement of valuable equipment within Fame’s cramped quarters. The company is still in the midst of a capital campaign to try to raise $2.5 million to renovate and build a two-story, 8,000-square-foot addition onto the fire station. Fame is approximately $400,000 short of breaking ground. 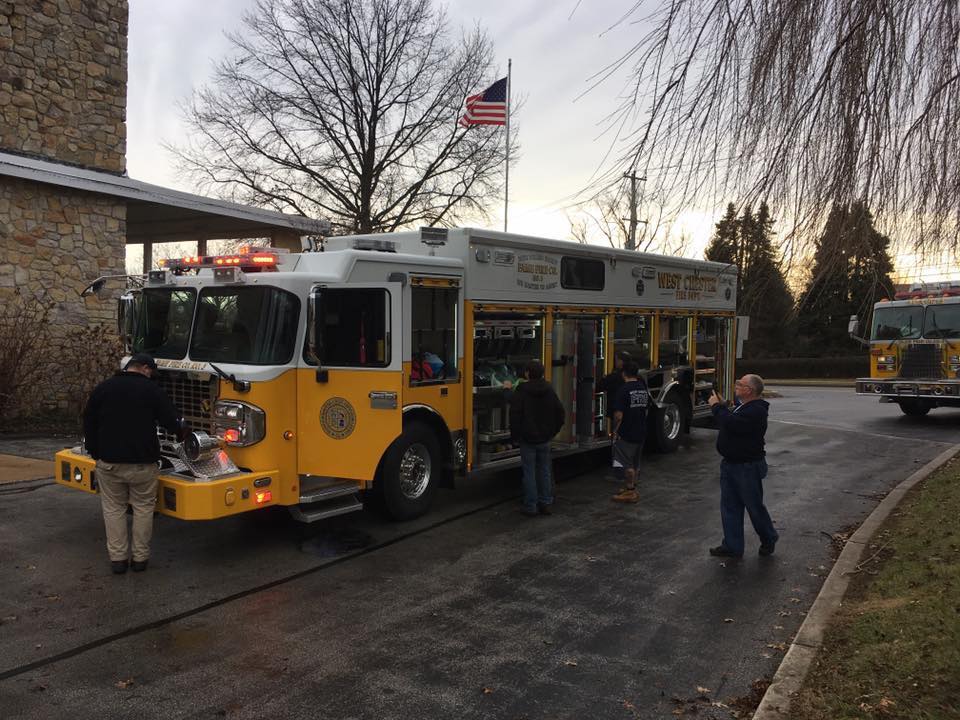 The current station, located on Rosedale Avenue, was built in 1973 and can no longer accommodate the diversity of emergency-response equipment needed for the rescue operations Fame provides.

Those services benefit the entirety of Chester County, all of the half-million people who live within its 760 square miles.

“Most capital campaigns affect just a small area,” said Bill Ronayne, a volunteer at Fame and co-chair of the fundraiser. “But with the Task Force, we have a much broader reach. This is for the good of the whole county.”

Fame has been recognized by the Internal Revenue Service as a 501(c)(3) organization and accepts tax-deductible donations. Click here to contribute.