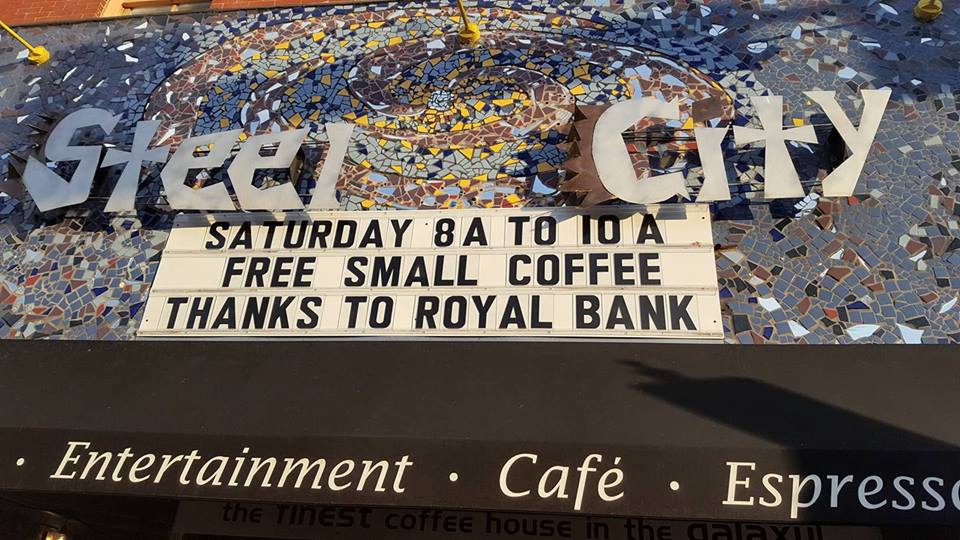 On Saturday morning, October 29th, between the hours of 8 and 10 AM, Royal Bank America purchased coffee for all Steel City patrons.

Davis received a number of thank you’s as he stood on the sidelines watching purchases get rung up and baristas rushing around pouring drinks.

As the final minutes approached, Davis took his place at the back of the line and swiped his credit card to ring out the morning total.

When asked about the purpose of the event, the Steel City duo replied, “it’s about helping other local businesses and providing our guests some relief from one of their daily expenses – maybe give them a few extra dollars in their pocket for the day.  We had done it before with much success.”

Royal Bank America has 17 locations in and around the Greater Philadelphia Region, including Phoenixville, King of Prussia, and Trooper.

Banking & FinanceAs It ‘Transitions into an Exciting Future,’ C&N Announces Changes to Board of DirectorsApril 29, 2021