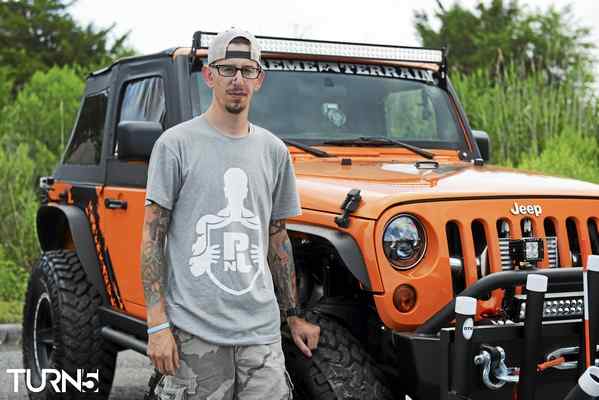 Officer Christopher Dorman is still recovering from being shot seven times after responding to a drug activity call, only escaping with his life thanks to his bullet proof vest.

A month later, the young officer is trying to put the pieces of his life back together, one of them being his beloved 2012 Jeep Wrangler. Thanks to Turn5’s generosity, the vehicle has received a series of upgrades and was presented on Saturday as a surprise to Dorman at the Southern Delaware Jeep Club’s Summer Beach Bash in Bowers Beach.

“We said, ‘Let’s go all in on this,’ ” said Andrew Voudouris, who co-founded the company with his brother Steven. “When something like this happens, everyone wants to be able to help. It was great for us that it was something physical that we could participate in.”

Voudouris added that this was the company’s way of thanking Officer Dorman for his unyielding service to the community.

“We were honored by this opportunity, recognizing someone who has committed his life to the safety of others,” he concluded.