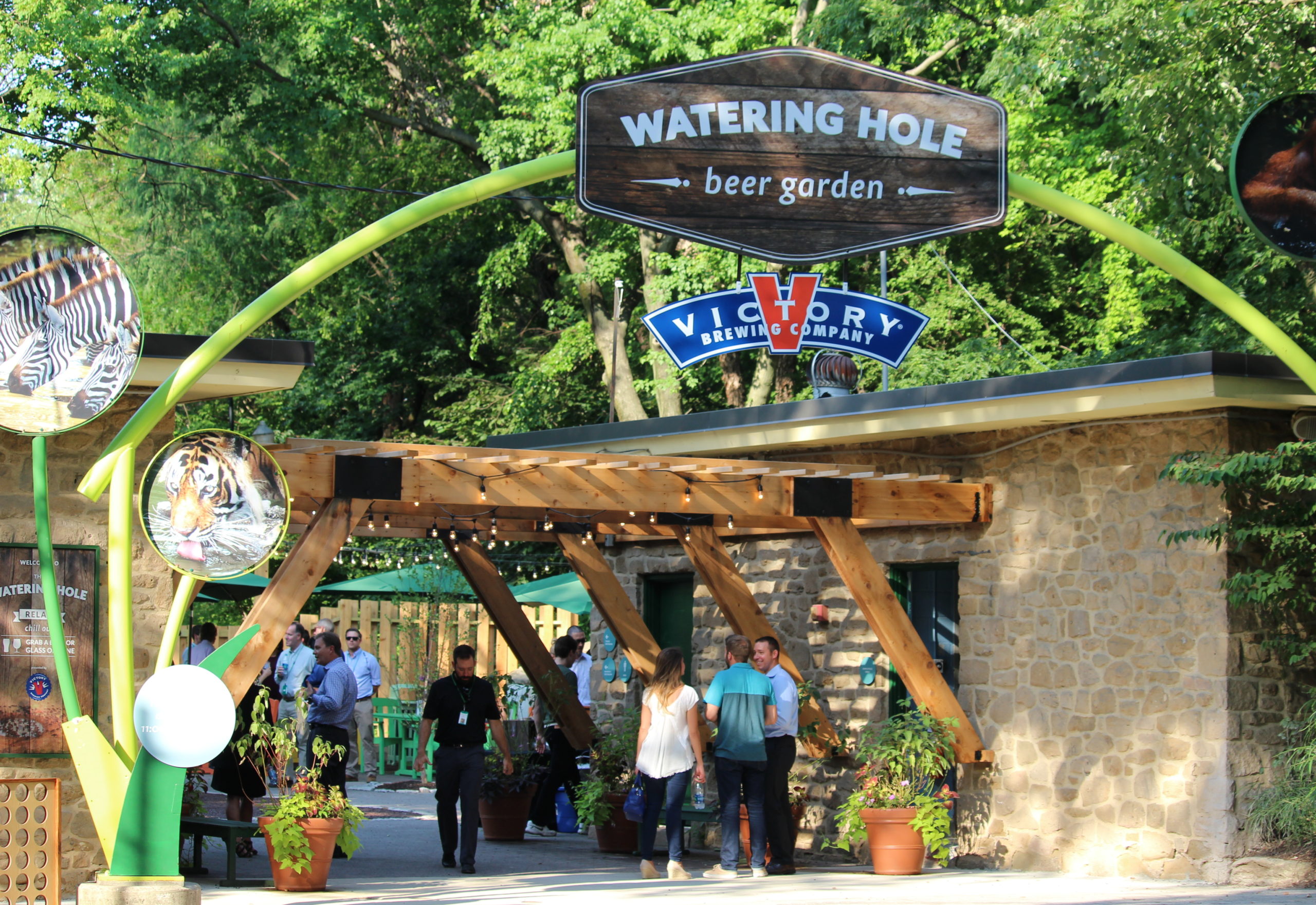 Craft beer and wine are being served at the zoo’s just-opened beer garden, The Watering Hole. A new kind of animal is setting up shop in the Philadelphia Zoo: craft beer. A new beer garden called The Watering Hole is now open at the attraction’s southern tip, and Downingtown’s Victory Brewing Co. is its proud sponsor.

“As Philadelphia gave rise to our brewery’s amazing success in craft beer, we remain committed to our community and paying homage to our roots,” Victory Founder and Brewmaster Bill Covaleski said in a report for The Full Pint. “The Watering Hole will serve as a vivid example of the universal attraction of craft beer. I can’t think of a more fun environment for folks to enjoy a refreshing brew.”

The umbrella-dotted oasis surrounded by lavish landscaping and terra-cotta mosaics is included in zoo admission and open Friday through Sunday 11 a.m. to 4 p.m.

Featured pours include Victory’s Summer Love Ale and Headwaters Ale on tap, as well as other brands of beer and wine.