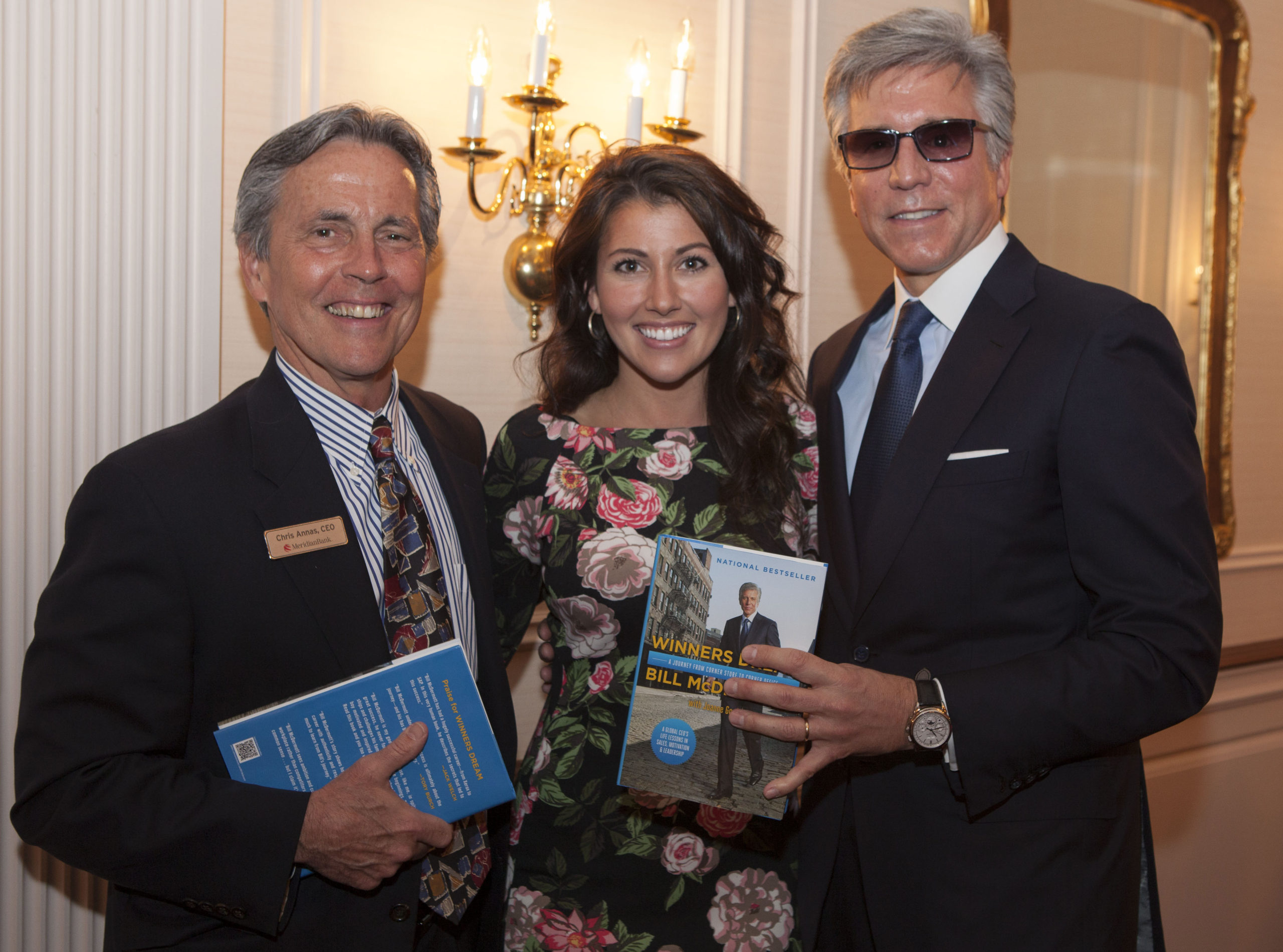 SAP’s first American leader met with area CEO’s after his speech Tuesday morning at the Desmond Hotel in Malvern.

Meridian Bank has been hosting its CEO Series since 2010, when it began as a gathering of just a dozen people in the Malvern-based bank’s conference room.

In seven years, though, Meridian’s program, which is geared toward offering wisdom and inspiring its business-owning clientele, has soared to unprecedented heights. Simply put, the bank’s brass will be hard-pressed to duplicate the presentation it sponsored Tuesday morning at the Desmond Hotel in Malvern.

The special guest was Bill McDermott, the first non-European CEO of SAP, the German software giant with a United States headquarters in Newtown Square and 77,000 employees worldwide. In terms of speaker and venue, Meridian could not have done better even had it booked the president at the White House. In fact, when McDermott’s time at the mic was up, a few audience members implored him to run for office.

Once everyone finished their five-star breakfast provided by the Desmond, Jessica Annas, the head of commercial marketing at Meridian and the event coordinator, introduced McDermott. He quickly delighted the crowd of more than 100 people with an endorsement of the Villanova basketball team and a colorful remark about former Eagles quarterback Mark Sanchez.

McDermott then shared his story of growing up as one of four children and being shuttled from one low-rent apartment on Long Island to another. As a teenager, he bought a small deli, which he ran by applying the ideas and talents that would become the seeds for his future success. “I was right in between a 7-Eleven and a giant supermarket, so I was just that little one in the middle,” said McDermott. “And when you’re the little one, you have to understand what the big ones are either unwilling to do, or structurally cannot do.”

For him, it was delivering to the nearby senior-living community, putting in arcade games for high school kids, and extending lines of credit to the local blue-collar workers who only had money on pay day.

“They never cheated me out of a dime,” said McDermott, who used the profits from his business to pay for his tuition at Dowling College. “Trust is the ultimate human currency.”

Saying that he couldn’t slice bologna for the rest of his life, he landed a job at Xerox, selling copiers door-to-door and eventually becoming the company’s youngest-ever corporate officer. Annas and McDermott showing off “Winners Dream: A Journey from Corner Store to Corner Office.”

After Xerox, McDermott was chosen to run SAP America, a struggling unit that he injected life into with his enthusiasm – his motto is “never let bureaucracy dampen your entrepreneurial spirt” – and principles of accountability. In 2010, he was named co-CEO of the entire company with Jim Hagemann Snabe, and sole CEO four years later. The pair helped SAP reinvent itself as a seller of cloud-based products that provide shared processing resources and data to computers and other devices on demand.

McDermott’s story was not without tragedy, however. Last year, he fell down a flight of stairs while holding a glass of water, and a piece of broken glass pierced his eye. He lost the eye, and has endured 10 surgeries, but instead of lamenting the bad luck of his injury, he remains focused on the positive.

“God doesn’t take something from you without giving you something better in return,” he said.

Everyone in attendance was given a copy of McDermott’s memoir, Winners Dream: A Journey from Corner Store to Corner Office, which was published by Simon & Schuster in 2014 and won an Axiom Business Book Award. “These forums are great,” said Annas. “If our clients can take one piece of advice they learned here today, and apply it to their business and help it grow, we then grow along with them.

Each chapter of McDermott’s book begins with a stimulating quote from an historical figure who greatly impacted society. Given the impression McDermott made on Meridian’s clients, it won’t be long before his quotes are the ones being used as the motivation behind future success.