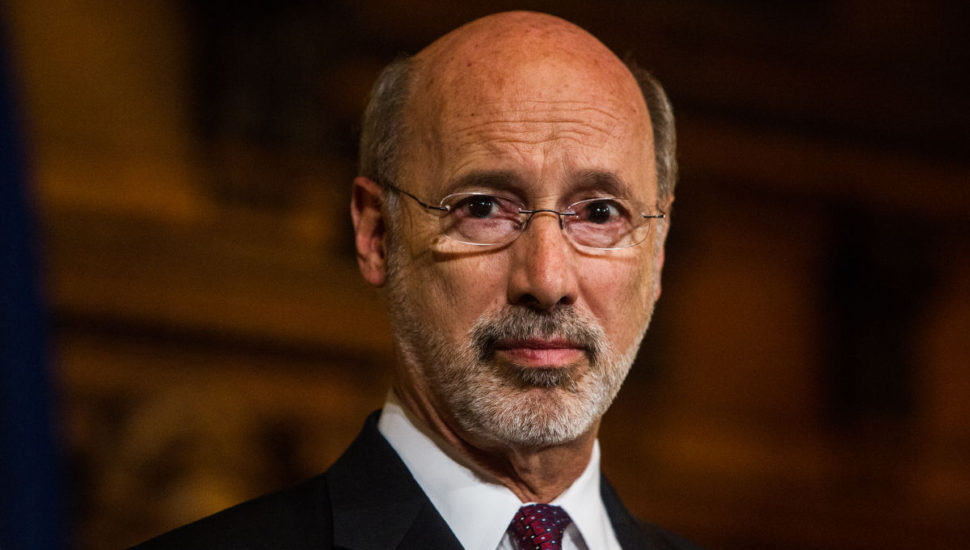 A prostate cancer diagnosis has thrust Gov. Tom Wolf into another intense battle, along with his ongoing fight for a new state budget.--photo via Lancasteronline.com

Gov. Tom Wolf has added another fight to an already-involved budget battle: cancer.

The leader of the commonwealth on Wednesday shared the news that he has been diagnosed with prostate cancer — discovered early and very treatable.

“I am very thankful that my doctors caught this cancer quickly and have worked with me to plan a treatment schedule that will address my medical issues and allow me to serve the people of Pennsylvania,” Wolf said. “I encourage everyone in Pennsylvania to make sure they schedule regular checkups with their doctors and be aware of screening guidelines so early detection and treatment can be possible.”

And Chester County’s own Sen. Andy Dinniman echoed that urging.

“As a prostate cancer survivor, I wish the governor a speedy recovery and commend him for going public with his diagnosis in order to make more men aware of the importance of screening and early detection,” Dinniman said. “Prostate cancer strikes 1 in 6 men, making it the leading type of cancer in men. According to the Pennsylvania Prostate Cancer Coalition, 10,240 men (28 per day) are diagnosed with prostate cancer each year in Pennsylvania and 1,295 (four per day) succumb to the disease.

“The key is to be proactive in taking care of your health and getting screened. As men, we owe it to ourselves, as well as to our families, to know the risks and talk with our doctors about getting checked out.”

Watch the video from the press conference this morning where Governor Wolf and First Lady Frances Wolf discussed the governor’s treatable prostate cancer diagnosis, and learn more about about screening guidelines for early detection: bit.ly/1UlYi8Q