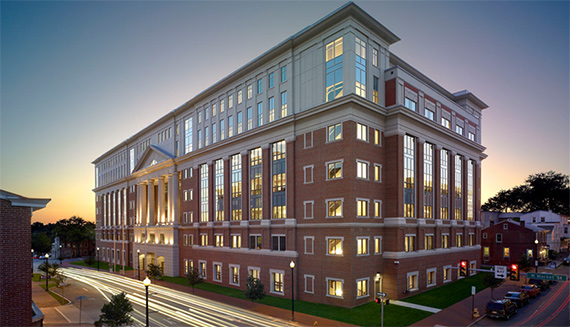 Chester County has managed to do what no other county in Pennsylvania has ever done before, to earn and maintain a Triple-A bond rating for a full decade.

This week’s announcement reaffirmed the credit standing of the county, putting it with only 43 counties in the country that have managed to obtain the highest possible credit rating status.

The announcement, combined with the current favorable market conditions, gives further incentive for the Chester County Commissioners to approve an ordinance to authorize a bond issue which will be used to fund the county’s five-year Capital Investment Program.

During his presentation at the Sunshine Meeting, Glen Williard, Managing Director of Public Financial Management in Harrisburg, pointed out that the reaffirmed rating given to Chester County by Moody’s Investors Service, Standard & Poor’s, and Fitch Ratings, will keep the county’s financing costs at the lowest rate in the state. “This tenth consecutive award of Triple-A ratings comes through hard work, controlling expenses and continually improving our efficiencies,” said Commissioner Chair Terence Farrell. “Our strategic plan keeps us focused, not only on how to remain fiscally responsible, but on what our citizens want.”

The planned five-year Capital Investment Program highlights those services and programs that have been determined to be the most important to the county’s citizens and range from public safety projects to open space preservation and community revitalization.

“Our Triple-A status allows us to produce the lowest cost of debt needed to fund these projects,” commented Commissioner Kathi Cozzone.  “It’s important to remember that we have maintained our Triple-A status despite an economic crisis, rising healthcare costs and the vagaries of the financial markets.”

“It is worth noting that, because of our sound financial practices and healthy reserves, our top ratings are not jeopardized by factors beyond our control, like the state budget crisis,” she added.

According to the Chester County Chief Operating Officer, Mark Rupsis, the county saves over $1 million over the duration of a bond issue due to its three Triple-A ratings.

If the deal goes ahead, the pricing and sale of the bonds will be held at the end of February, with the size of the offering estimated at around $71 million.