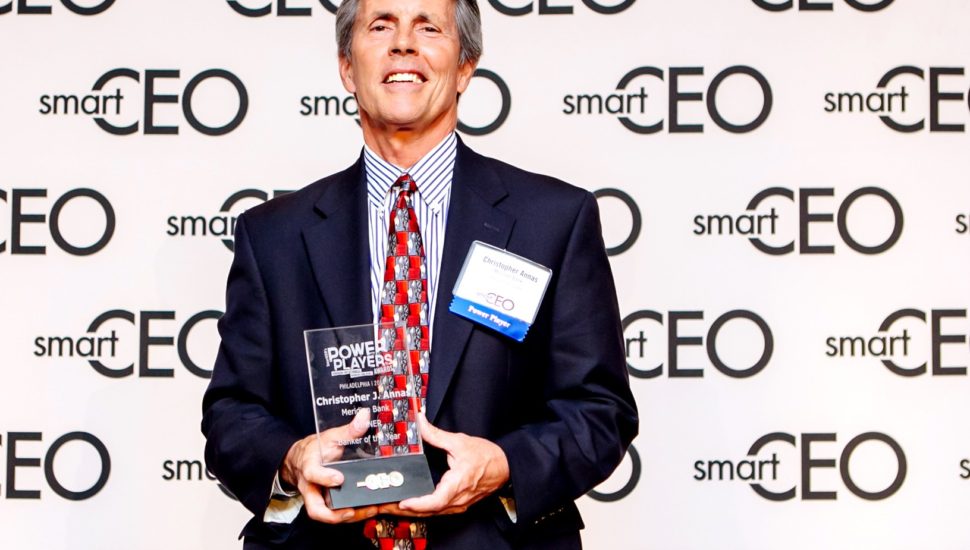 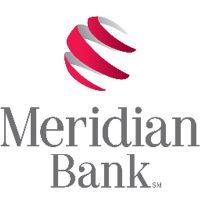 Headquartered in Malvern, Meridian Bank provides a comprehensive array of banking services to businesses, professionals, and retail customers in the Delaware Valley. Launched in 2004 by Chris Annas, Meridian Bank has grown to nearly $600 MM in assets, with over 300 employees in 20 offices across Pennsylvania, New Jersey and Delaware.

In December, the Philadelphia Business Journal ranked Meridian Bank the top-performing bank in the region based on 2015 return on equity. The Independent Community Bankers of America (the national governing body for community banks) also recently ranked Meridian in the top 3 community bank lenders in the country.

Chris Annas spoke with VISTA Today about growing up in Minneapolis and before moving to Berwyn when he was fifteen, playing rugby for Conestoga High School and beating West Chester University’s rugby team in his senior year, working in a mine 1,500 feet underground to earn money for college, starting Meridian Bank in 2004 and why the mergers and acquisition activity in the banking sector paint a bright future for Meridian.

Where did you grow up Chris?

I was born in 1955, at St Christopher’s Hospital in Minneapolis, Minnesota. My dad, who grew up and went to high school in Norristown, was a World War II and Korea vet who saw some pretty fierce action in both wars. He received the Silver Star Medal for conspicuous gallantry while under heavy attack in Korea (see Letter of Commendation below). When he got out of the service he went to work for Burlington Industries, first in Green Bay Wisconsin and then in Minneapolis where we lived for fifteen years.

What do you remember about Minneapolis?

What I remember is how the confinement we experienced as a family, as a result of Minneapolis’ cold weather, bound us close together. There was constant snowfall in Minnesota, and my mother didn’t want us out in the elements. That left us five kids running around the house and building forts out of furniture. Those early experiences bound us close together, and we remain a very close family today.

When did your family come to Philadelphia?

Since both of my parents were from Philadelphia, my father from Norristown, my mother is a graduate of West Catholic High School in Philadelphia, they were happy to move back to Berwyn in 1970.

Where did you go to high school?

I went to Conestoga High School. I played a lot of sports, but the sport I enjoyed playing most was rugby. Our rugby team had a three-year run where we didn’t lose a game. In our senior year, we took a trip to Wales and played five games in six days there. Our coach, Clarence Culpepper, was the captain of the American Eagles, the United States professional rugby team. He was the reason we were as good as we were.

Playing for Culpepper must have been a great experience for you?

It was! Clarence was a great coach. Not only did he teach us basic rugby skills, but he built a tremendous spirit in the club. In fact, in my senior year our high school team played West Chester University’s rugby team twice: first at WCU, then at Conestoga. We tied them in the first game. After the second game, at least five of us were sent to Paoli Hospital with injuries. They beat us up pretty bad, but we won.

Did you work any part-time jobs in high school?

I worked at the Thiftway grocery store in Paoli, and I was a bellhop at the Sheraton Valley Forge, which is now the casino. I also worked at the Open Hearth Restaurant for a time as well.

During college, the father of a friend got a couple of us jobs working in a mine in Wyoming for two summers. I worked 1,500 feet underground and made $11.75 an hour, way above the $1.75 minimum wage at the time. The first time I went underground I was more than a little anxious. Then I looked around and saw I was the only one scared and calmed down a bit. I earned enough money to pay my tuition both years I worked there.

What kind of music did you listen to as a kid?

Why did you decide to attend Penn State?

At the time, I didn’t know a lot about Penn State. My mother had pounded into us kids that we needed to go to college. I looked at West Chester as well as Lafayette and Lehigh. But a group of kids I hung with were all going to Penn State, so that’s where I went, too. It’s funny, back in those days Penn State was just another school; there wasn’t the rabid Penn State fan base that there is now.

Was your time at Penn State a good experience for you?

I had a lot of fun at Penn State. Everybody says Penn State is big when you get there and small when you leave, and I think that’s true. I tell my kids, Penn State is real life. A smaller school can provide more individualized attention, but at Penn State, since it’s such a big school, if you miss class, they’re moving on. If you forget to register for a class, that’s just too bad. Penn State was a great experience for me, I still enjoy going back for football games.

What happened after you graduated?

I finished my four years at Penn State with a finance degree and a minor in accounting. Even back in high school, I was a numbers guy! Ms. Fisher, my favorite high school teacher, knew I enjoyed numbers and solving problems, and paid special attention to me.

Did you go back for your MBA?

Yes, I took one or two classes a week for four or five years to get my MBA from Villanova in 1995

What led you to start Meridian Bank?

Right after I graduated from Penn State, the father of a good friend convinced me that I could do well in banking. Following his advice, I got a job in Fidelity Bank’s credit training program in Philadelphia. Because the business of banking is lending money, banking is a great foundation for understanding how companies get started, make money, and impact their communities. I’ve always enjoyed that entrepreneurial side of banking: we lend someone money and then watch as they grow their business and become successful. In fact, our first slogan at Meridian was “Entrepreneurial. Like You.”

After Fidelity I worked at Industrial Valley Bank until 1986. While at IVB, a guy came to me wanting to borrow money for a liquid crystal display factory in Exton. Since he didn’t have any collateral, it was bank policy that we couldn’t lend him the money. But I was intrigued by his plan and I believed in the business. So I called him afterward and told him I wanted to be part of his idea. We ended up traveling to San Francisco to meet with Atari officials. Even though we weren’t able to put the deal together, I caught the entrepreneurial bug.

After IVB I went to CoreStates. Then, in 1998, one of my customers who had a Chester County-based walkie-talkie business told me he wanted to start a bank in Chester County, and invited me to run it. I thought about it for a few days before agreeing. In 1999, we opened the Community Bank of Chester County.

I ran Community Bank of Chester County for a number of years before starting Meridian in 2004.

How did you decide to use the name of Meridian?

I was looking at many different names. I discovered that many people had great memories of doing business with Meridian before the bank was acquired by CoreStates. Because the old Meridian Bank was the roll-up of three different banks (American Bank in Berks County, Central Penn in Philly and First National Bank in Allentown), the Meridian name and brand extended from Reading into the Lehigh Valley, west to Lancaster and down to Philadelphia. And the name was available, so I used it.

As you look forward in the New Year, Chris, what challenges and opportunities are in front of you?

There’s a tremendous opportunity for Meridian this year due to all the merger activity in the banking industry in our region. BB&T bought Susquehanna and National Penn, Univest bought Valley Green, and there’s a host of others. With mergers comes employee turnover, product changes, and a degree of dislocation for customers of those banks, both consumers and business owners.

We’ve positioned Meridian as a strong local alternative with deep experience in real estate and commercial lending. Plus, we’re not looking to sell; we’re out raising $10 to $15 million in capital right now, which will give us room to grow and lend another $200 MM in the coming years. We’re hoping that the customers, entrepreneurs and business owners who were disaffected by those mergers will consider banking with Meridian.

To that end, we’re planning to open a few strategically placed offices in 2016. We just opened a new location right on State Street in Media, next to the theatre, and we’re thrilled to be in Delaware County. We have another office opening this year in Doylestown, and one in Montgomery County as well.

When you have a growth company, like Meridian is right now, it’s no different than the tech companies you read about in the paper. We’re hiring a lot of people every month, and we’re always looking for top talent who will complement our unique company culture. We keep things pretty loose and make sure our people are having fun and thinking about their families first. We’re a team here and we’re all working towards the same goal: to build upon and protect the opportunity in front of all of us.

Finally Chris, what is the best piece of advice you ever received?

I follow two old adages pretty religiously: do what you love and deliver more than you promise. But the best advice I ever received was probably from my friend’s father, telling me how enriching a career in banking would be. If I had taken a different path, Meridian wouldn’t be what it is today – we’ve donated over $2 million to charities, created hundreds of jobs and helped a lot of entrepreneurs and business owners succeed. 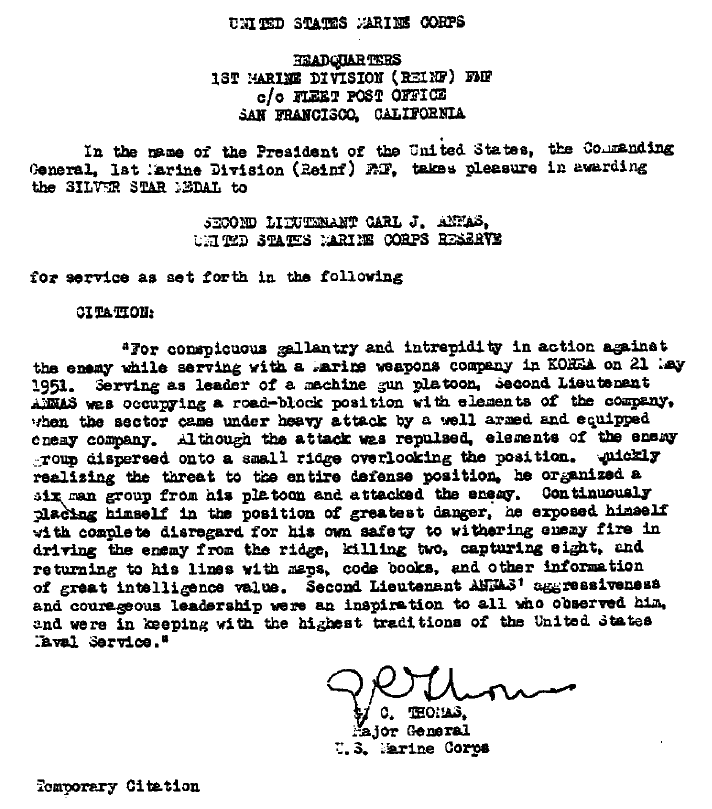 Food and DrinkGreat Valley Grad Beefs Up His Business with 11 New Franchise LocationsMay 7, 2021