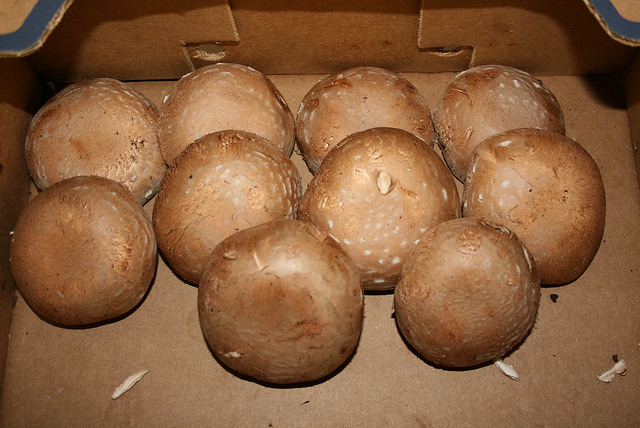 Sales Strong Across all Mushroom Categories

According to the data released by the U.S. Department of Agriculture in August last year, domestic mushroom prices and production reached an all-time high in 2014, making this a good time to be in the mushroom business.

The value of domestic mushroom production rose by 10 percent over the previous year, with production also up by 6 percent. The impressive 953 million-pound crop in 2014-15 broke the previous year’s record value by $112 million, with sales for that period totaling $1.15 billion.

Many mushroom growers have an equally positive outlook for 2016, with demand anticipated to outstrip supply. One of Avondale’s biggest mushroom growers, To-Jo Mushrooms, hopes to match the industry’s predicted 3-4 percent growth this year.

“Production at the farm level is currently keeping pace with this increased demand and should be adequate to service our existing customer base,” said Pete Wilder, To-Jo’s Marketing Director.

During the upcoming annual Citizen Planner reception on April 27th at the Chester Valley Golf Club, Chester County 2020 will recognize the value of land use planning as well as the service of the county’s municipal volunteers and officials. The event also gives the opportunity to honor two outstanding Citizen Planners, Molly Morrison and Bob Hankin.

Morrison, who is now an Executive Director at Natural Lands Trust, previously reported to the Chester County Commissioners in 2000 while overseeing the development of the County’s nationally-recognized Open Space Program.

Bob Hankin, a graduate of Syracuse University, has marked his leadership at the Hankin Group with his innovation, a commitment to mixed-use plans that work, and sustainability.

If you are interested in attending, advance online registration is open at www.cc2020.org. Tickets for the event are $88 per person.

Avondale based mushroom grower and shipper To-Jo Mushrooms has launched a new blog called “The Hyphen”.

The title of the blog comes from the hyphen in the company’s name, which represents “the space between my brother and I” writes partner Tony D’Amico in the first entry posted last week.

His name represents the “To” in the company’s name, while “Jo” is for his brother and partner Joe D’Amico Jr. The new blog will focus on highlighting the successful relationship between the brothers while sharing family stories with the readers.

The first entry is focused on their father, Joe D’Amico Sr., who is credited by his son for teaching both him and his brother the most important values in life, such as treating people with respect, surrounding yourselves with the best employees, trusting your gut, and the power of laughter.

On February 6th, 153 students from 22 schools had the opportunity to compete in the 31st Chester County MATHCOUNTS competition at Great Valley Middle School and High School.

Andrew Huang, David Wang, Kevin Wu, and Matthew Xu of the middle school Mathletes team from Tredyffrin-Easttown Middle School in Wayne were this year’s winners. The team, coached by Lisa Stehouwer, will now advance to the State Competition in Harrisburg on March 18th and 19th.

The top four individual competitors will also go to the State Competition. The four exceptional students this year are Alan Xu from Great Valley, Kevin Wu and David Wang from Tredyffrin-Easttown and Gokul Murugadoss from Lionville Middle School.