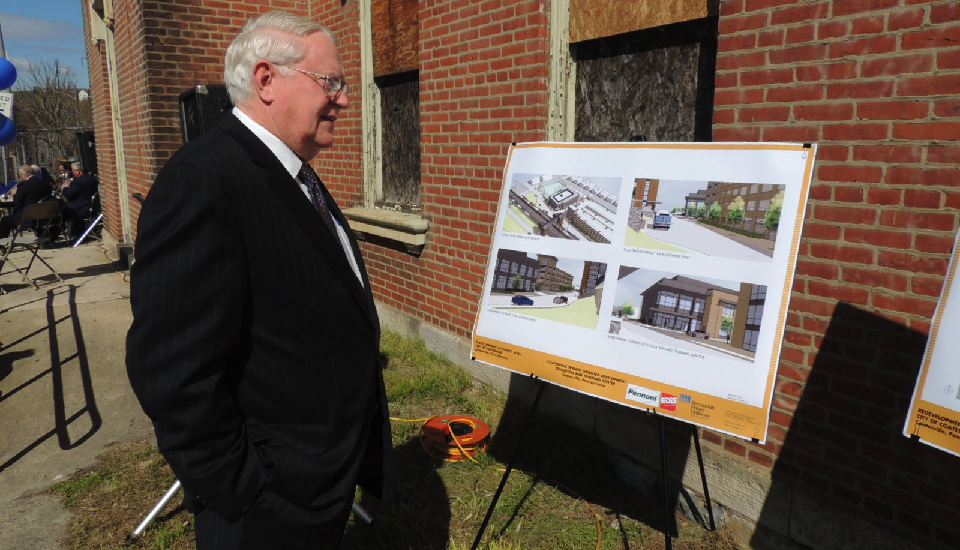 Congressman Joe Pitts reviews sketches of the planned Coatesville train station prior to the start of Monday's Coatesville Centennial kickoff.

Late last month, I had the pleasure of celebrating Coatesville’s 100th anniversary, the only city in Chester County, at the Coatesville Train Station.

Hundreds of people, including state and local officials, turned out for this happy occasion. The Coatesville Area Senior High Marching Band played, a number of students read poetry inspired by Coatesville, and a new city logo was announced.

It is hard to believe that, despite Coatesville’s long history, it only became a city a century ago. Even back then, it was already historic.

Originally a Native American trading post, Coatesville is named for Moses Coates, the area’s first postmaster. He purchased the farmland of what is now Coatesville in 1787. The previous owner, a William Fleming of Scotland, held the land as early as 1714.

On this plot of rich land, so close to the Brandywine River, Coates prospered. It is believed that, in 1774, Coates entertained George Washington at his Brandywine Mansion on South First Avenue.

But perhaps what Coatesville is best known for is its steel.

In 1810, Coates sold land to Isaac Pennock, a Quaker ironmaster, who converted a pre-existing saw mill into an iron works. He named it the Brandywine Iron Works and Nail Factory.

This became what is now the longest-operating steel mill in the United States.

At that time, Americans were settling the frontier, and so the demand for manufactured goods, like nails, tools, barrel hoops, and furnaces, remained high.

In 1813, Pennock’s daughter Rebecca married a Dr. Charles Lukens. Pennock died in 1824, and Dr. Lukens died in 1825, leaving Rebecca ultimately to run the mill on her own.

She was the first female industrialist in the United States.

Lukens lived in turbulent times. The Industrial Revolution was underway in England, and was beginning in the United States. New industry was popping up in the Northeast, and was aided by advances in transportation. Cities like Lowell, Massachusetts, also near rivers, were suddenly building the economy of the future.

Before the Industrial Revolution, the world was largely equal in terms of income, life expectancy, and overall standard of living. Until at least 1750, no economy had experienced sustained growth. Almost all of the world experienced the worst kind of poverty that lingers today in the third world.

But with the Industrial Revolution came the modern world, and “The Great Divergence.”

Coatesville was one of the major spots where this transformation was taking place.

Rebecca Lukens stewarded the mill through what was then the greatest economic expansion in history. Despite some booms and some busts, the Age of Rail, and the Age of the Steamboat (invented by Lancaster’s Robert Fulton) were both beginning, and so demand for iron and steel soared.

At Monday’s celebration at the train station, a re-enactor played Rebecca Lukens, and read one of her letters from 1818, about the possibility of railroads coming to Coatesville.

During the Civil War, Pennsylvania’s industrial and manufacturing output was a major advantage to the Union. Its advanced railroad system, and its steel production rapidly supplied the military with the materiel necessary for artillery and naval power. The South could not compete.

In the Gilded Age that followed, Charles Schwab, Andrew Carnegie, Henry Frick, Eugene Grace, and others, attained to historic wealth thanks largely to Pennsylvania steel and iron. The Lukens family partnership was dissolved in 1890 in an initial public offering.

Despite changes at the company, Coatesville continued to produce steel for railroads, modern urbanization, and the American military.

Coatesville steel was used in the Twin Towers of the World Trade Center, which terrorists destroyed on September 11, 2001.

Even after the buildings collapsed some of these steel pieces still stood tall amid the rubble. There can hardly be a more apt and fitting icon of American resiliency.

Some of these beams have come home to memorialize the victims.

A lot has changed: Lukens Steel is now owned by Mittal Steel, and Coatesville will be getting a new train station.

But a lot remains the same. There’s still the same sense of pride, national and local, and the same determination to make a contribution to society.

On Monday as we looked back a century, we also looked forward. Inspired by their history, by the illustrious examples of Americans like George Washington and Rebecca Lukens, people in Coatesville now look to the future. 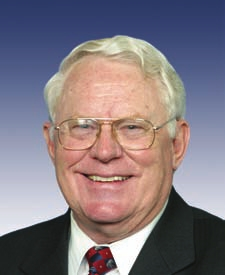 Joe Pitts represents the 16th Congressional District of Pennsylvania, a diverse district stretching from the western Philadelphia suburbs further west into the Pennsylvania “Dutch” Country. Joe Pitts’ life and career have been wide-ranging as well: he has worked as a teacher, a small business owner, an Air Force officer, and a legislator. In addition to Pennsylvania, he has lived in Kentucky, the Philippines, and the various places the Air Force sent him. He’s currently serving his 10th term in Congress, working to modernize and strengthen Medicare and Medicaid.

CultureChester County Home to Two of the Eight Most Exciting Suburbs of PhiladelphiaMarch 31, 2021