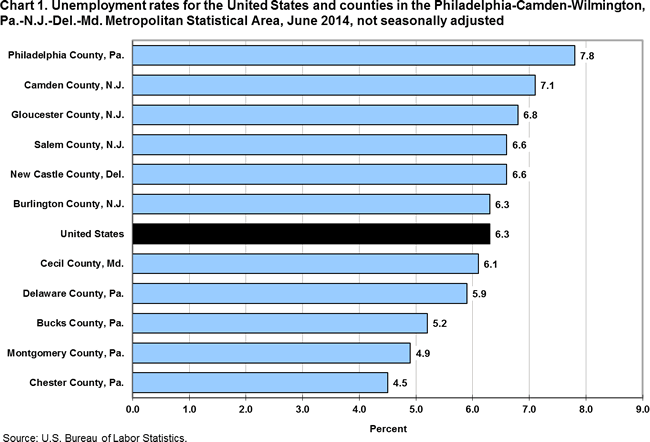 Chester County’s unemployment rate is not only far below the nationally average but continues to set the standard to which other counties in the Delaware Valley should aspire.

This from the U.S. Bureau of Labor Statistics:

[quote bgcolor=”#eae6e3″]In June, Chester County, Pa., had the lowest unemployment rate in the Philadelphia-Camden-Wilmington, Pa.-N.J.-Del.-Md. Metropolitan Statistical Area at 4.5 percent, the U.S. Bureau of Labor Statistics reported today. Sheila Watkins, the Bureau’s regional commissioner, noted that Philadelphia County, Pa. (7.8 percent) had the highest unemployment rate among the 11 counties that make up the metropolitan area. Five other counties had jobless rates greater than or equal to the U.S. average of 6.3 percent, while five had rates lower than the U.S. rate.[/quote]