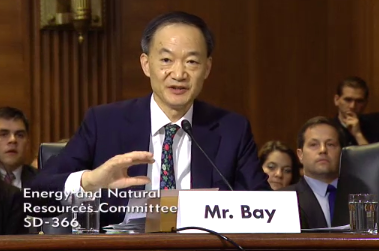 The Gateses, local quantitative investors and mutual fund managers targeted by a Bay investigation, sat in the row behind Bay (behind and to the right of nominee Bay), with Richard Gates viewed on camera for the entirety of the two-hour hearing, the report said.

“Based on the senators’ comments at the Energy and Natural Resources Committee hearing, Bay will likely need every Democrat — or will have to pick off a Republican or two — to win confirmation,” the RTO Insider concluded.

Previous coverage of the Gates’ fight with FERC here.